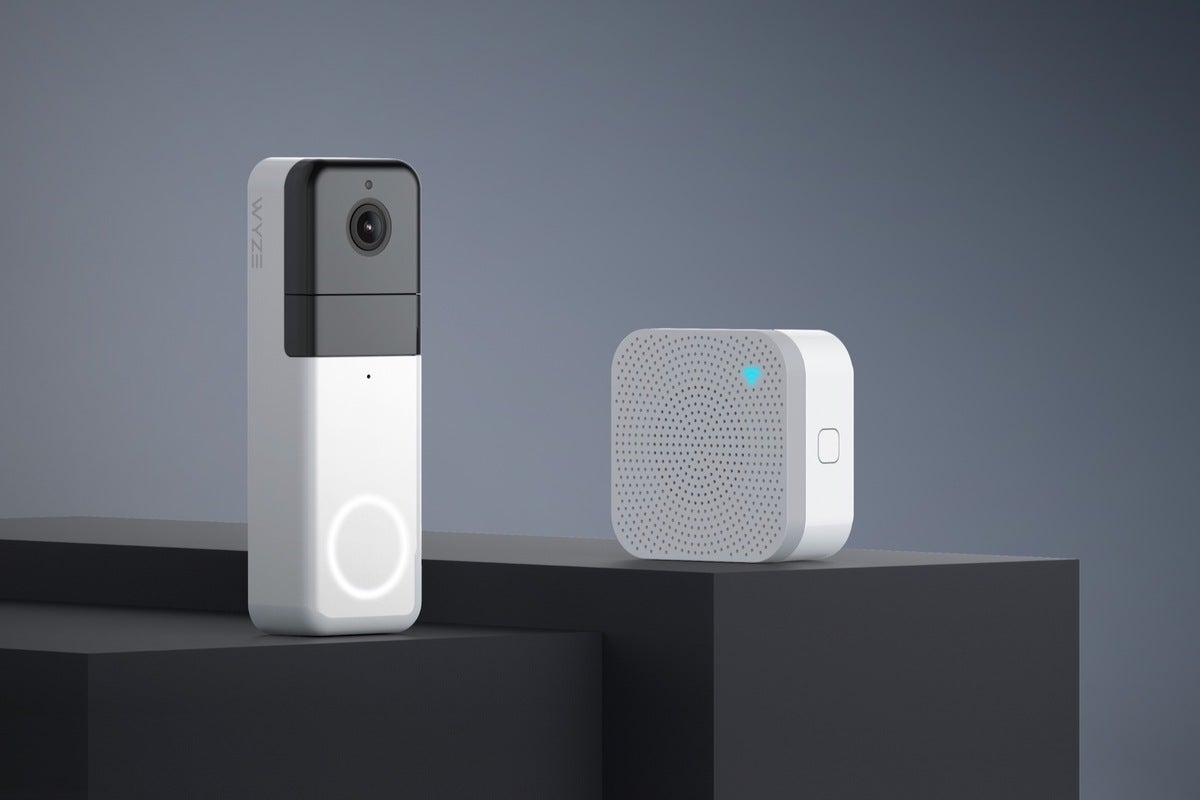 About a year after bowing its first video doorbell, Wyze is back with its upgraded Video Doorbell Pro, which arrives with wider viewing angles, dual-band Wi-Fi support, and the ability to run on both wired and battery power.

Priced at $65 with a bundled chime and slated to ship in December (you can preorder nowRemove non-product link), the Video Doorbell Pro follows in the footsteps of Wyze’s Video Doorbell, a compact, wired-only model with single-band Wi-Fi and—initially, anyway—a $30 price tag, which subsequently went up to $50 with a chime.

The larger Video Doorbell Pro boasts 1440p video resolution with a 150 x 150-degree field of view, allowing for a wider view than the Video Doorbell (which we reviewed earlier this year) with its 88 x 120-degree FOV.

As with the original Video Doorbell, the Video Doorbell Pro offers a built-in microphone and speaker for two-way audio, and IR-enabled night vision. Both doorbells are rated IP65, meaning they’re totally protected from dust ingress and can resist low-pressure jets of water from any angle.

The Video Doorbell Pro offers motion detection out of the box, along with 14-day rolling cloud storage of 12-second videos with a five-minute cooldown. If you sign up for Wyze’s $2-a-month Cam Plus service, you’ll get 14-day cloud storage for videos of unlimited length with no cooldown, along with person, package, vehicle, and pet detection.

The Video Doorbell Pro can run either wired (using your existing 16-24V doorbell wiring) or wire-free, with Wyze promising up to six months of operation on battery power. The doorbell’s pair of 3250mAh batteries aren’t removable, but you can recharge them using an included USB cable. The original Video Doorbell, in contrast, didn’t have a wire-free option.

You can mount the Video Doorbell Pro using the included peel-and-stick adhesive, or you can attach it more securely with screws (which are also included in the box, along with a wall plate).

We’ll have a full review of the Wyze Video Doorbell Pro once we get our hands on a review unit.

Updated shortly after publication to clarify that the Wyze Video Doorbell Pro will be available in white with a black section around the lens, not in separate black and white versions.