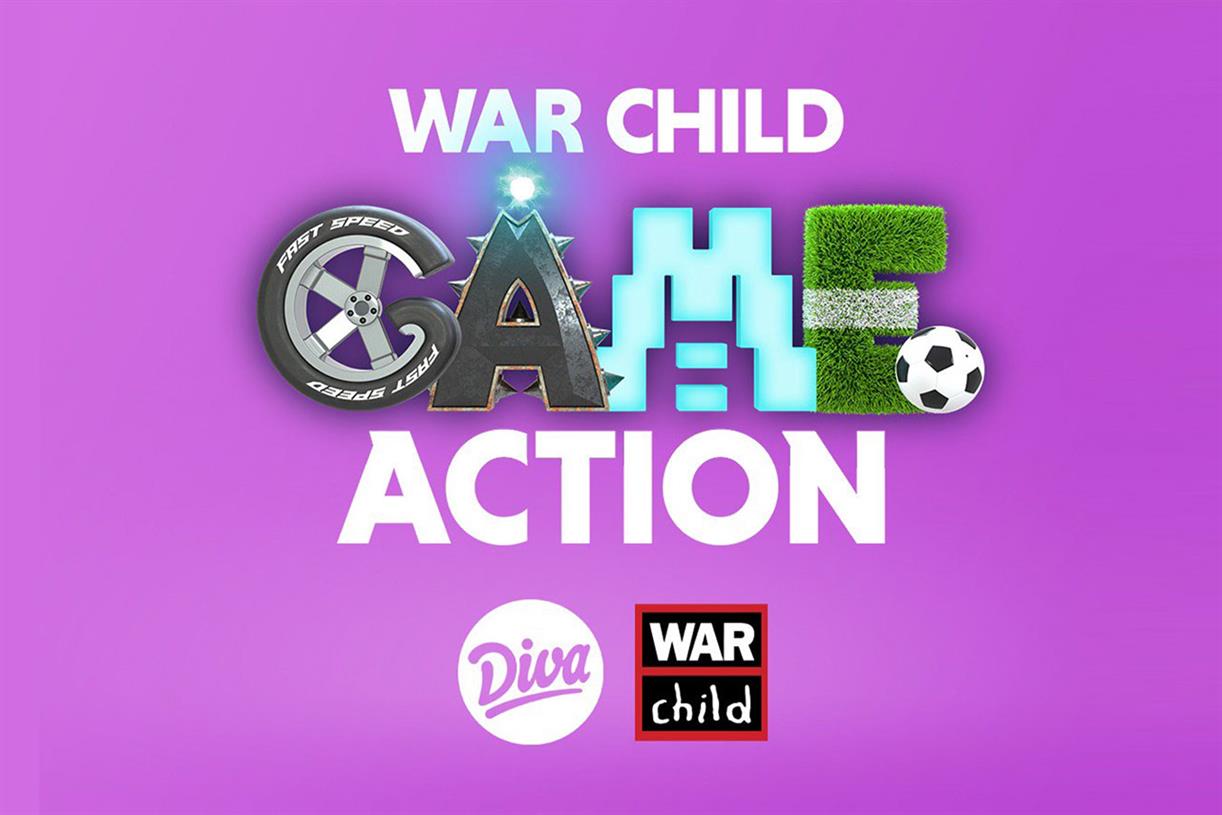 The streaming festival, which will run from this weekend (23 October) until 28 November, is launching with an 11-hour gaming livestream from specialist games agency Diva.

Over the next five weeks, various streamers and creators will produce streams that will be free to view on Twitch.tv and donations will be taken via Tilitify. “Game action” will also feature the global reveal of Football Manager 2022 Xbox Edition.

For the “War Child winter sale”, running from 2 to 9 November, games across various genres will be available via Steam or Google Play with some or all of the royalties going to War Child.

All money raised will be used to fund War Child’s mission to protect, educate and stand up for the rights of children caught up in and affected by war.

Charlotte Willis, account manager at Diva, who streams under the gamer tag “Charcade” will be hosting the stream with Diva account manager Paul “PWee28” Weedon. The stream will feature a range of games including Fall Guys, Forza, Guilty Gear Strive, Mario Kart, Overcooked 2, Sack Boy, Among Us and Human Fall Flat.

Willis said: “We are all massive gamers of course, but we’re not pro streamers, so we’re delighted to have a number of pro streamers joining our inaugural livestream, to show us how it’s done and to keep us on our toes. Most of all we’re hoping to get the fundraiser off to a great start and have a load of fun raising money for such an important cause.”

David Miller, head of gaming partnerships at War Child, added: “2020 and 2021 have been incredibly tough for everyone in and around games. We knew that something different and innovative was needed if we were going to maintain our position as one of the leading charities working in the games space.

“The reaction of creators, devs and publishers to our plans has been overwhelmingly positive and we are so incredibly thankful to everyone for their continued support of War Child. We hope that everyone involved has a great time with this and comes back next year for more.”