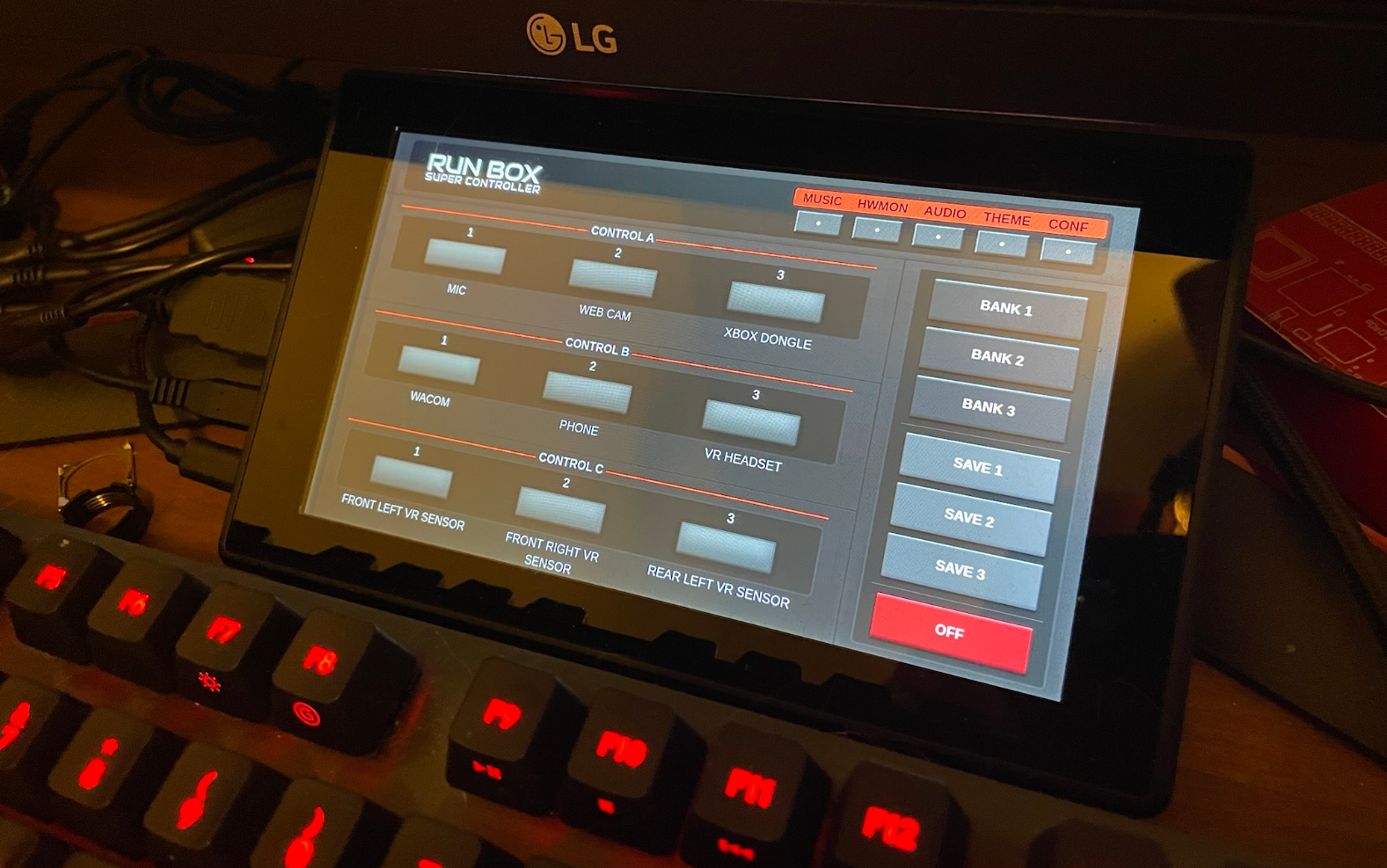 One of the most useful features of the Universal Serial Bus is its hot-plugging capability. You simply plug in your device, use it, and unplug it when you’re done. But what if you’ve got a huge number of USB devices? You might not want to use all of them all of the time, but repeatedly unplugging and re-plugging them is inconvenient and wears out the connectors. [Matt G] fixed this problem by building the RUNBOX: a USB hub that can be controlled through a touchscreen.

The USB hub part consists of a Yepkit YKUSH 3, which is a USB 3.1 hub that support software-controlled disconnecting of devices. [Matt] hooked up a Raspberry Pi to its ports so that it could switch devices on and off through a software command. To make it more user-friendly he added a touch screen controller and created an app using the Electron framework. This allowed him to enable or disable separate devices with a single touch: turn on the mic and webcam for video-conferencing, or fire up the VR headset and game controller for a gaming session.

The modified USB hub is housed in a laser-cut enclosure with plenty of space to hook up a variety of USB devices. The touchscreen neatly fits just above [Matt]’s keyboard; this setup was inspired by head-down displays used in aircraft which similarly use a small additional screen for peripheral functions.

Although we’ve seen switchable USB hubs before, they usually require you to either press a manual switch or run dedicated software on your PC. We’ve also seen other sleek builds combining a Raspberry Pi with a USB hub.