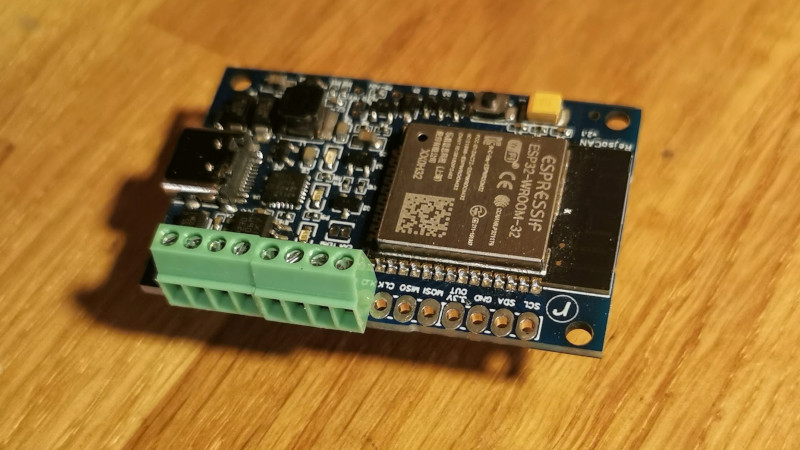 Since modern cars use the CAN bus for so many of their functions, it’s unsurprising that it’s a frequent object of interest for those in our community. Some people go no further than commercial plug-in analysers, while others build their own CAN devices. This is what [Magnus Thomé] has done, with his RejsaCAN microcontroller board.

It’s a small PCB with an onboard CAN interface from an ESP32-S3 and a car-friendly power supply circuit, and perhaps most importantly, it has an auto-shutdown feature to prevent battery drain. Software-wise it’s a blank piece of paper for the user to roll their own application, but since the ESP32 is supported by the Arduino ecosystem, there are libraries that make talking CAN as easy as it can be.

[Magnus] has a list of potential applications for the board, many of which take advantage of the ESP’s wireless capabilities. So far, [Magnus] has hooked it up to an LCD display, but we can see so many other useful things coming out powered by something like this.

You haven’t tried playing with your car’s CAN bus yet? Maybe you should read this to whet your appetite.