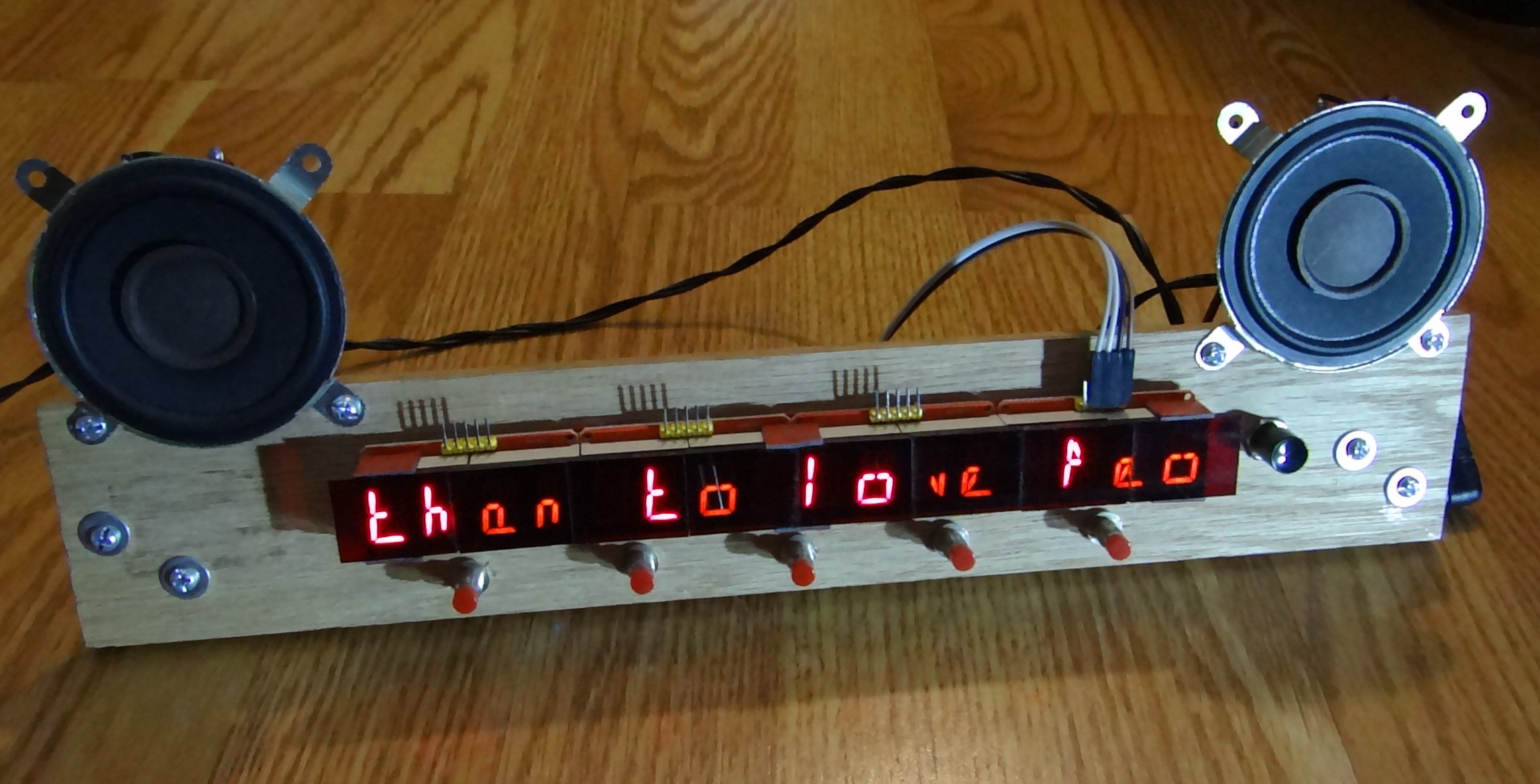 While some people enjoy the cold weather and long, dark nights in the Northern Hemisphere these days, others may find it hard to keep a positive mindset all through the winter. [Michael Wessel] decided he needed to do something about that and came up with The Inspirer, a desktop display that shows inspirational quotes and plays soothing music.

The design is deliberately bare-bones: a strip of wood, standing upright thanks to two metal brackets, onto which a bunch of components have been screwed, glued and taped. The actual display consists of a row of 14-segment LED modules that can show basic alphanumeric characters; these displays emit white light, but [Michael] added a red color filter in front to give them a more “retro” look.

This device is fully off-grid, so no Internet connection issues will disrupt your flow. A huge database of quotes and a selection of music tracks are stored on a pair of micro SD cards; an MP3 player module handles the music while an Arduino picks a quote, drives the display, and reads the buttons. You can select quotes based on a certain theme: examples include friendship, gardening, money, and love. But if you’re open to anything, you can just set it to “random” and get something from any of the 120 categories.

[Michael]’s simple and straightforward design should hopefully prove inspirational to many hardware enthusiasts. But if you’re looking for something more advanced, we featured a neat pomodoro timer that displays quotes a few weeks ago. Of course, this being Hackaday, we’ve also seen a clock based on literary quotes.