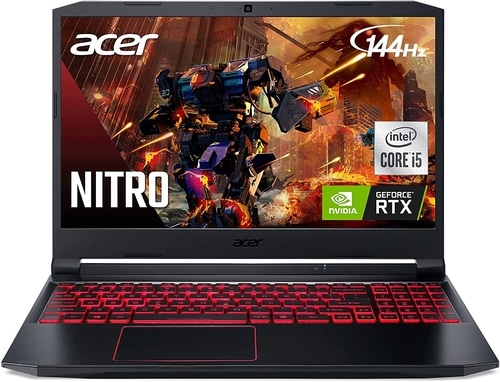 If you’ve been browsing for the best gaming laptops under 900, you’ve probably come across all sorts of different CPUs and GPUs combinations.

Any of these GPUs (with any of the CPUs they come with) can output +100 framerates per second at ultra/epic settings in nearly every AAA franchise like Fortnite.

The latest and most popular GPU as of 2021, the 3060RTX, can output +100fps even in the most graphically demanding games like Call of Duty, Witcher 3, Final Fantasy, GTA, etc.  Unfortunately, this is rare under 900$ and more common under 1000$.

The best part is that…

There’s one more thing you should know….

A laptop around 900$ MUST come equipped with a 120/144Hz monitor, this isn’t necessarily going to bump up your gaming but it’s going to make everything look crispy and smooth because your hardware will actually be able to output +120FPS at high/epic settings.

Recommended Specs For Gaming Laptops Under 900

Anyways let’s get down to what you CAN find under 900 and what you SHOULD/SHOULD NOT be getting with a budget under 900$ or around 900$.

If you’re building a PC or you want to get more framerates from a laptop without having to spend serious amounts of money, I’d advice you not to invest on a more powerful GPU. Instead, try upgrading the CPU (or buying a laptop with a better CPU). A 3060RTX is as high as you should go, after that get a better CPU even a few Hz will make a difference in framerates massively.

You’re most likely to be stuck with those CPUs in orange. However, out of these, you should be demanding at least a Core i5 10300H/AMD Ryzen 5 5600H. The purple ones/blue ones are only found above 900$.

8GB: 8GB RAM is standard for gaming and it’s pretty common to find in any laptop above 500$.
16GB: 16GB is the current standard for gaming and although most AAA games won’t benefit from it, a few will and 16GB should also provide some  headroom for other stuff running in the background. It’s common to find 16GB above 800$, if you don’t, don’t sweat it, just do the upgrade later, should cost you 20 bucks.

Dual-Channeled:  When you add another RAM stick, make it dual-channeled. This means both sticks have to be of the same size/model. This will give your CPU a boost in processing speed.

Storage
Storage type isn’t that important if we are talking about framerates and graphics quality. It may be boost speed slightly in open world games but that’s about it. All laptops now come with SSDs so it doesn’t matter anyways.

What matter is storage size, today’s AAA games, can weight as much 120GB and 60-80GB on average.

512GB is pretty standard in this price range so make sure your laptop has that much too.

IPS FHD: Virtuall all modern laptops around 900$ have a FHD and most an IPS panel. TN displays have slightly less vivid colors but they can be better for first person shooting games.
120-144Hz: 120Hz/144Hz displays are pretty common in this bracket. Most of the time, however, getting a 120/144Hz display means you’ll have to give up some GPU power.

This is why it’s important to make a table to compare prices and hardware efficiently.

We’ve done that and we took out  those that were unnecessarily expensive and those with old CPU/GPUs or not enough storage size. The final list has about 10 laptops and the following five laptops are the best deals out of these. If you want to see the full list, it’s right at the end.

Let’s start with the best deal under 900$ right now.

If you browse around you’ll find laptops with all the awesome specs we went over:

However… you’ll always find only one or two models with ALL of these specs onboard.

A few months ago we posted the gateway creator with the 2060RTX and sure enough it was gone within a week. There no more models under 900$ with a 2060RTX and much less a 3060RTX.

However, not all hope is lost, NVIDIA has recently released the 3rd generation of RTX GPUs and it includes an entry level GPU : the 3050Ti.  The 3050Ti can easily hit +80fps at epic settings in most AAA games (see video below). There are several 3050Ti laptops but this is the only laptop that stays well below 900$. 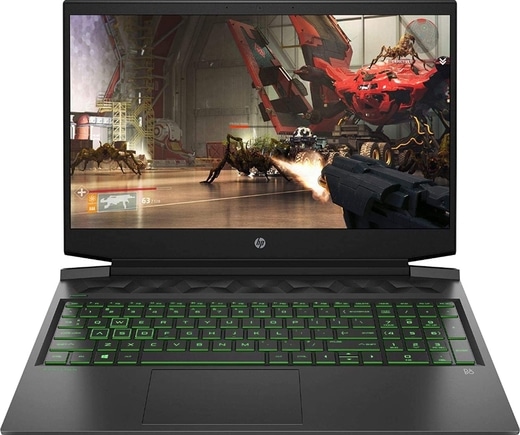 The 1660Ti, on the other hand, is usually found on laptops above 1000$ and despite the fact that it’s 2 years old, manufacturers still accomodate a 1660Ti on several of their newest models and that’s because it’s still pretty powerful for gaming. We wanted to pick a model with a 1660Ti under 900$ but because of their high demand and popularity (and power), it is very difficult to find it under 900$ (though I’ve seen some models under 900$ on a few ocassions).

This model sells for 950$ but it’s got every spec you can demand from a 900-1000$ laptop including the storage, display and obviously a modern CPU too.

Best Gaming Laptop for LoL under 1000 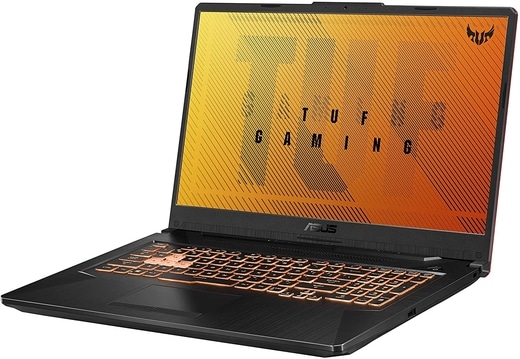 If you don’t mind playing at high settings or you mostly play games like FortNite, WoW, OverWatch, CS:GO, Dota 2 and the kind of stuff that doesn’t have spectacular graphics, then it might be better for you to invest on a 17” laptop than a 1660Ti or 3050Ti.

I personally find this a better choice because I’m not into the Witcher 3, Tomb Raider, Call of Duty,etc. If you are into those games, you should probably settle for a 15” laptop with at least a 3050Ti. Otherwise, things will get pretty hot and this laptop will not last long.

I know there are 1650GTX laptops for 720$ but the 17” does really add a LOT to the cost of manufacturing, in fact, it’s going to be very difficult to find a 17” laptop regardless of what dedicated GPU it has, under 900$. This is one of the two models with not only a 17” display but a 144Hz refresh rate too.

You can get a sense of the game and the framerates I’m talking about in our video here, which has a Core i5 9300H+1650GTX (a generation older so you can expect +10 fps in every game). 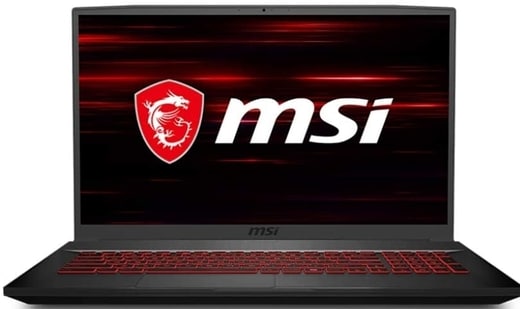 This is the second option I was talking about if you want the best display you can get in this price range. It is 50$ more expensive (despite having the exact same specs) but if the ASUS is sold out, it will be your only other option.

Best Gaming Laptop for LoL under 1000 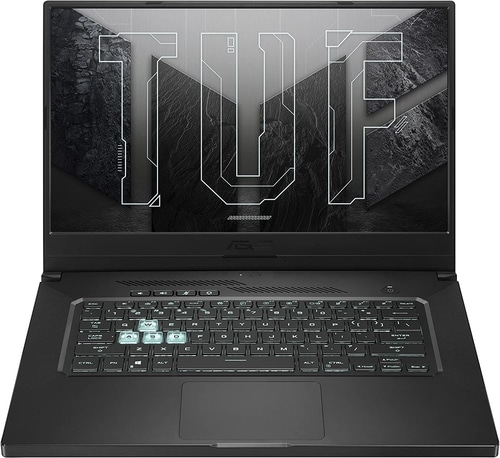 This last laptop is the most powerful on the list, not only that, in fact, it has an awesome display too. Unfortunately, it is slightly over 900$.  There are in fact, no other good models to show under 900$, unless we are talking about 1650GTX laptops in the 700-750$ range.

If you could squeeze 50$ more dollars though, you’ll get one of the top 3 best CPUs for gaming in 2021. The 11th Core i7 is up there with the 5th generation Ryzen CPUs despite the huge disparity and superiority of AMD over the past year. Expect to hit +120FPS on epic settings, far more, than you would with a Core i5 10300H+3050Ti.

It is EXTREMELY lightweight for a laptop with this much power , so if you want to take it to work or school, it’s not going to take a toll on you and it even looks kinda styilish, it’s not going to be screaming “GAMER HERE” when you take it out of your bag.

Like we mentioned before, it’s always best to just make a list of all laptops being sold online but that can be quite time consuming.

And even if you do that, it’s always a good idea to double check.

In this section we’ll show you how to estimate the price of a laptop. This will not be super accurate but if you use across several laptops, you can a good estimate which one is a great deal and which one is not.

Wait,  how do I get the prices of laptop parts?

Using Storage/RAM prices as listed on amazon (on board and external types have two different prices and we’ll take that into account).

As for display and the rest of the chasis/parts like the cords, we will use AliExpress/Ebay to get a good estimate.  Note that we’ve also consulted our IT guy to double check that these prices make sense.

Starting with the GPU.

This is easy when you get to this budget because it’s pretty much the same GPU they use for desktops.

So you can go to the Intel’s or AMD’s website to get the prices. If that does not work a quick google search will give you the retail price.

Not all the prices of the CPUs found in this bracket are found online.

That’s because a lot of them are only available on laptops.

One way to get them is by directly contacting AMD/Intel for a quote on their CPUs as if you want to build your own.

We only had to do that for those in blue. Those in green you can just get them by doing a quick google search or using Intel/AMDs official site.

RAM is kind of tricky. For one, the prices depend a lot on brand. Two, the price will depend on if it’s an external RAM or an “on Board” RAM stick.

Again if you are consistent with these prices you should be fine. These are the prices of the most widely used sticks on gaming laptops.

Do not try to separate onBoard RAM and external RAM, we already did that here. For example, 8GB is onBoard and 16GB is not all on Board (8GB onBoard + 8GB external).

LikeWise storage prices can be really hard to estimate because there’s external storage and on Board Storage.

A good rule of thumb is that any laptop with 512GB PCIe NVMe or 256GB PCIe NVMe has it all onBoard unless it’s explicitly mentioned by the manufacturer it is not (it will most likely be because making not onboard and splitting just makes it more expensive to manufacture.

There is far more than 20 different displays on laptops but for gamers we only have to focus on 10 or so and out of those 10 you will only find these on gaming laptops under 1000$.

The first two are super common and you find those on a laptop it better be cheap or it better have other pros on it like a good CPU/GPU combo or far more storage.

The 120Hz is very common in this 900$ bracket and the last one (144Hz) super extremely rare unless you are giving up some GPU/CPU power. Why? You guessed , it’s expensive.

The safest way to get the current prices of laptop displays is using Ali express or just emailing a manufacturer for a quote.

This refers to battery, power cord, motherboard and everything else we didn’t go over.

I don’t advice you to get too scientific with all other parts. It’s just time consuming and not productive at all. It’s best to estimate all of these together and take the total average price. 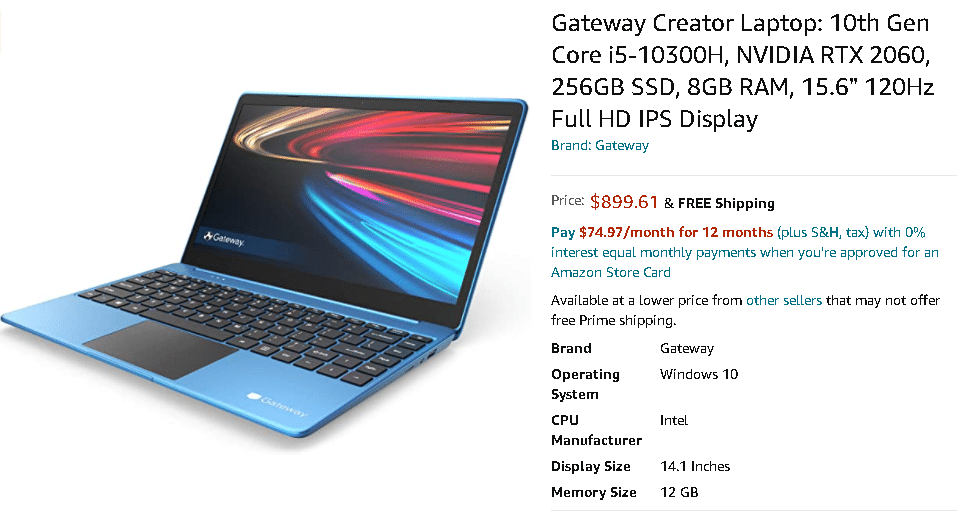 EP94: How to *actually* get consistent with your habits