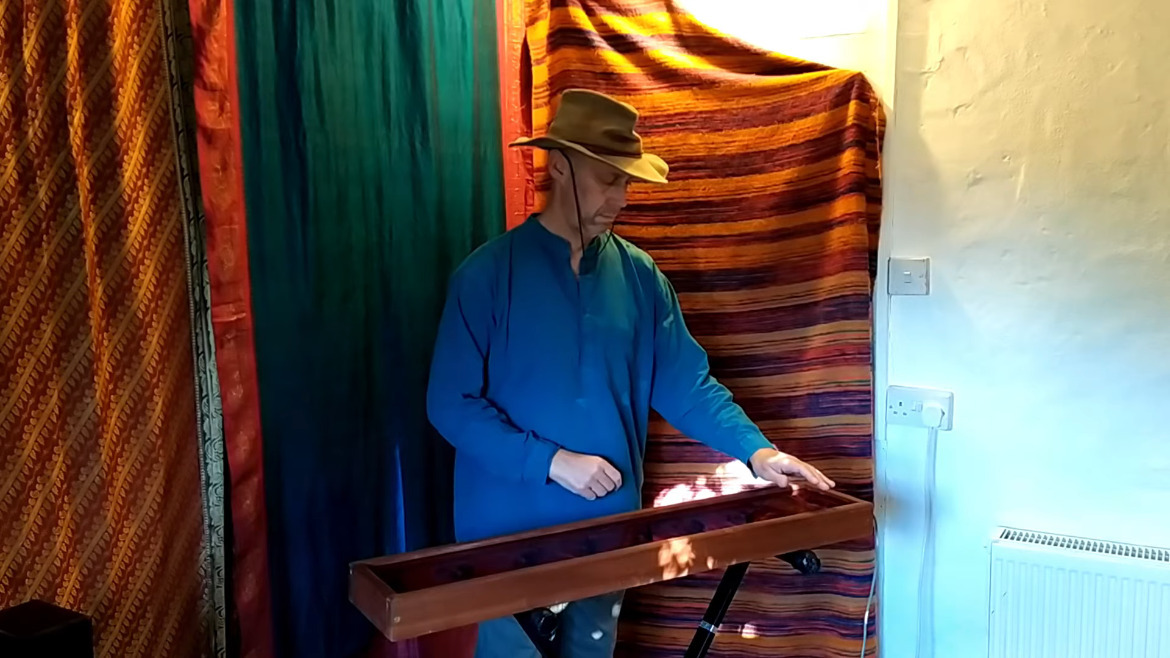 Some of the coolest sounds come from wild instruments like orchestra strings, fretless basses, and theremins — instruments that aren’t tied down by the constraints of frets and other kinds of note boundaries. [XenonJohn]’s air harp is definitely among this class of music makers, all of which require a certain level of manual finesse to play well.

Although inspired by Jean-Michel Jarre’s laser harp, there are no lasers here. This is a MIDI aetherharp, aka an air harp, and it is played by interrupting the signals from a set of eight infrared distance sensors. These sensors can be played at three different heights for a total of 24 notes, plus there’s a little joystick for doing pitch bends.

Inside the wooden enclosure of this aetherharp is a Teensy 3.5 and eight infrared distance sensors with particularly long ranges. On top is a layer of red acrylic that doesn’t affect the playability, except in bright sunlight. Although you could use most any MIDI software to produce the actual sounds, [XenonJohn] chose VMPK (Virtual MIDI Piano Keyboard). Be sure to check it out in action after the break.

Not dangerous enough for you? Here’s a laser harp that involves a Tesla coil.