Supercon 2022: Sophy Wong Is Making An Impact With Artistic Wearables 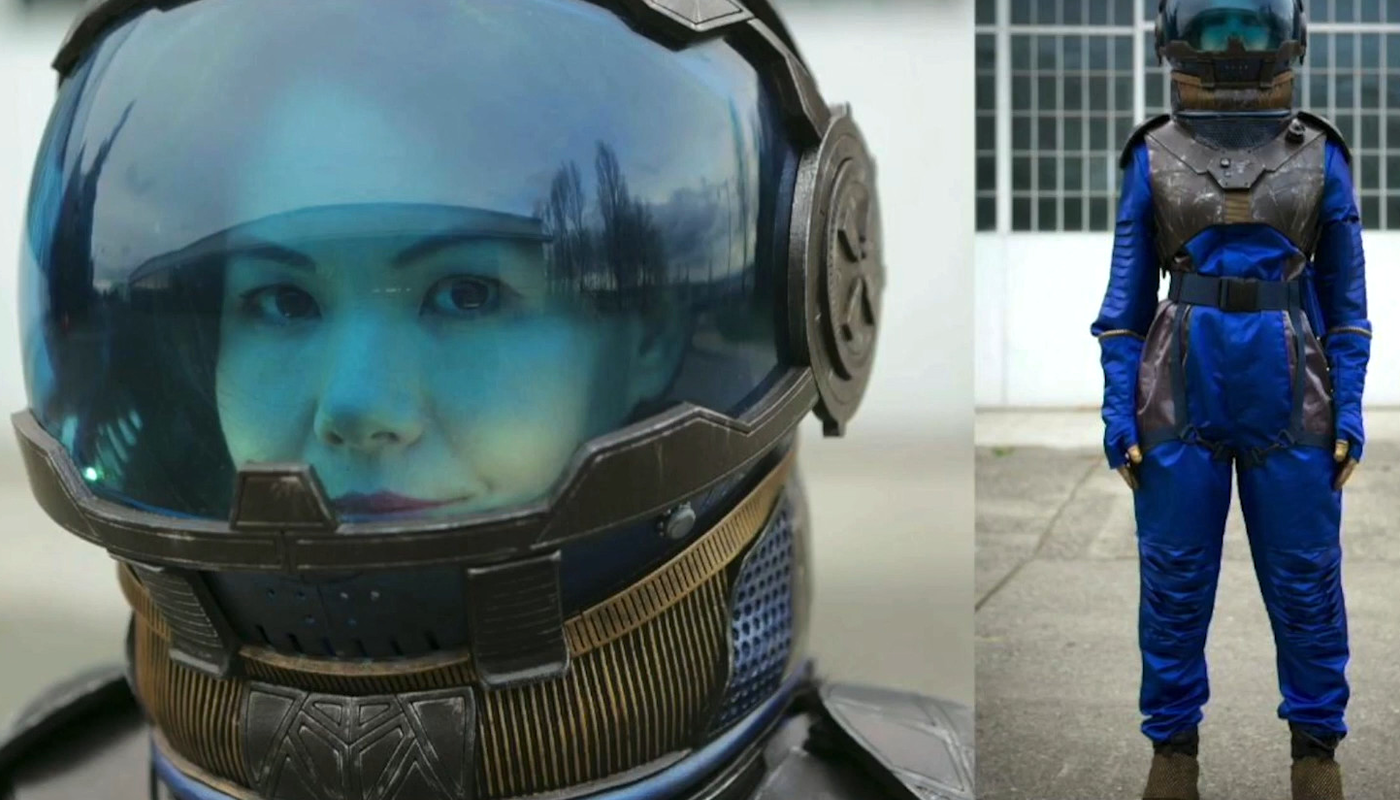 Prolific designer and maker Sophy Wong is always looking toward the future, and that goes for everything from the costume pieces she makes to the idea of making itself. In her excellent and highly-visual Supercon talk, Sophy explores both, and gives the viewer a window on her evolved-and-evolving design philosophy.

You likely know Sophy as That Maker Who 3D Prints On Fabric, a label she is quick to dismiss, pointing animatedly toward the seminal work of one David Shorey, who also happened to be at Supercon 2022. As Sophy explains, the process begins by modeling disconnected bodies to be printed, then printing the first layer and pausing the print. At this point, a piece of nylon mesh is inserted, and the print is resumed. The result is that the mesh is trapped between the first and second layers, and the bodies are now connected by a common thread. Carefully remove the sandwich from the print bed and you have a highly-flexible, mesmerizing piece of material that almost acts like chain maille.

After a ton of experimentation with printing on fabric, Sophy completed her 3D-printed dress during the height of the pandemic, and spends a good chunk of the talk discussing how she was able to leverage this concept into an entire garment — in other words, how the heck she turned it into a dress. To further complicate things, the build volume of her printer prohibited making any one piece larger than 10×10″.

As futuristic as this whole idea is, Sophy still employs time-honored sewing techniques like first making a muslin (a prototype of a garment using inexpensive, plain fabric) but then again, we’re not sure how else you would go about this type of undertaking. Sophy started by drafting a bodice — the top part of any dress — and then consulted her vast experiments library to find the best print pattern that would not only drape well, but would get the concept across.

Then she literally cut apart the muslin and scanned in the pieces so that she could model the 3D printable bodies directly on the real dress pattern pieces. Three and a half spools of filament later, Sophy had all the pieces to make an entirely 3D-printed dress. But wait, how did she stitch the pieces together? Quite cleverly, on the back, with a 3D doodle pen. In case you’re wondering, Sophy made a lining layer that’s completely separate from the outer, printed layer. This of course prevents chafing and wardrobe malfunctions while allowing Sophy to spot clean the plastic and launder the lining layer.

So, what does one do after such an achievement? What should she do with all the stuff she learned along the way? Make another dress, one might say — but Sophy doesn’t like to make the same thing twice. So in a way, she went back to the drawing board after this project, but it was more like the drawing board that represents the drawing board.

See, Sophy sought to go beyond technique. She explains that she came up with a hierarchy for projects that begins with a foundation of tools — everything from hammers to laser cutters — and is capped by the impact that her projects make.

It’s like this: if she has to explain a what or why a piece is, she considers the impact on the public to be low. But if she hands her 3D-printed glove to someone and they go, ‘ohmygosh are you making a space suit?’, then she has delivered not only on technique and concept, but on impact. And it doesn’t get much better than that.