Real Robot One Is… Real 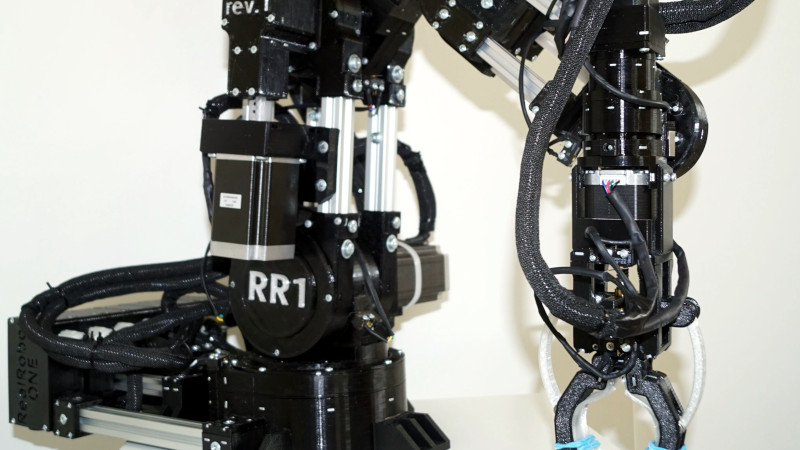 Most of the robot arms we see are cool but little more than toys. Usually, they use RC servos to do motion and that’s great for making some basic motion, but if you want something more industrial and capable, check out [Pavel’s] RR1 — Real Robot One. The beefy arm has six degrees of freedom powered by stepper motors and custom planetary gearboxes. Each joint has an encoder for precise position feedback. The first prototype is already working, as you can see in the video below. Version two is forthcoming.

When you see the thing in action, you can immediately tell it isn’t a toy. There are four NEMA23 steppers and three smaller NEMA17 motors. While there are 3D printed parts, you can see a lot of metal in the build, also. You can see a video of the arm lifting up a 1 kilogram barbell and picking up a refreshing soft drink.

From [Pavel’s] comments about the second revision, it sounds like he is trying to minimize backlash which must be a bit of a problem with the first version. One thing we didn’t see were any design files for any part of the device so, for now, it will just have to serve as inspiration. But since the project is up on Hackaday.io, we are hopeful we will eventually get a peek at the second revision design.

Meanwhile, if you want to build something more modest, maybe raid a CD drive. While servo-based arms have a bad reputation, you can, in fact, make them very capable with some work.