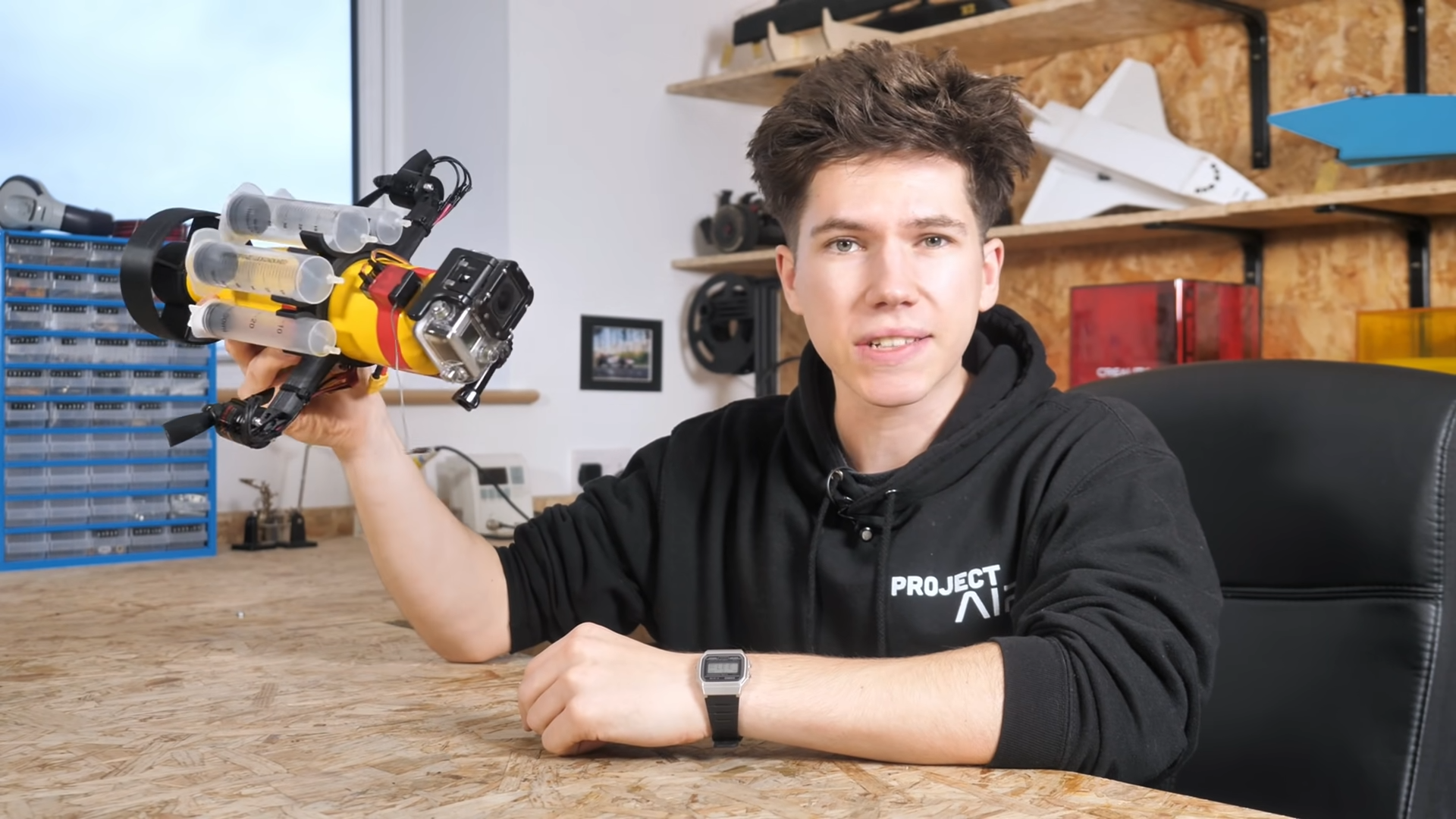 Submarines are one of the harder modes of transport to build in radio-controlled form. Doing so involves tangling with sealing electronics from water ingress and finding a way to control the thing underwater. It’s a challenge, but one relished by [Project Air] in his latest build.

The body of the sub was built from a drink bottle, serving as a stout container upon which could be mounted all the necessary hardware. Filling the bottle with water allowed buoyancy to be adjusted to a neutral level. Twin brushless motors were used for drive, while servos were waterproofed using a combination of rubber gaskets, olive oil, and sealing spray.

Control was via a floating 2.4 GHz receiver, as high-frequency radio signals don’t penetrate water very far. The floating box also carries an FPV transmitter to allow the sub to be piloted via video feed. Rather than using a ballast system, the sub instead dynamically dives by thrusting itself beneath the water’s surface.

Unfortunately, water sloshing around in the partially-filled drink bottle meant controlling the sub in pitch was virtually impossible. To fix this, [Project Air] filled the bottle completely, and then used some plugged syringes on the outside of the body to adjust buoyancy. The long heavy tether was also replaced with a much shorter one, and the sub became much more fun to drive around under water.

The build was actually built for a friendly contest with [DIY Perks], a fellow Youtuber whose efforts we covered recently. It also bears noting that better results can be had by using lower-frequency radio gear. Video after the break.