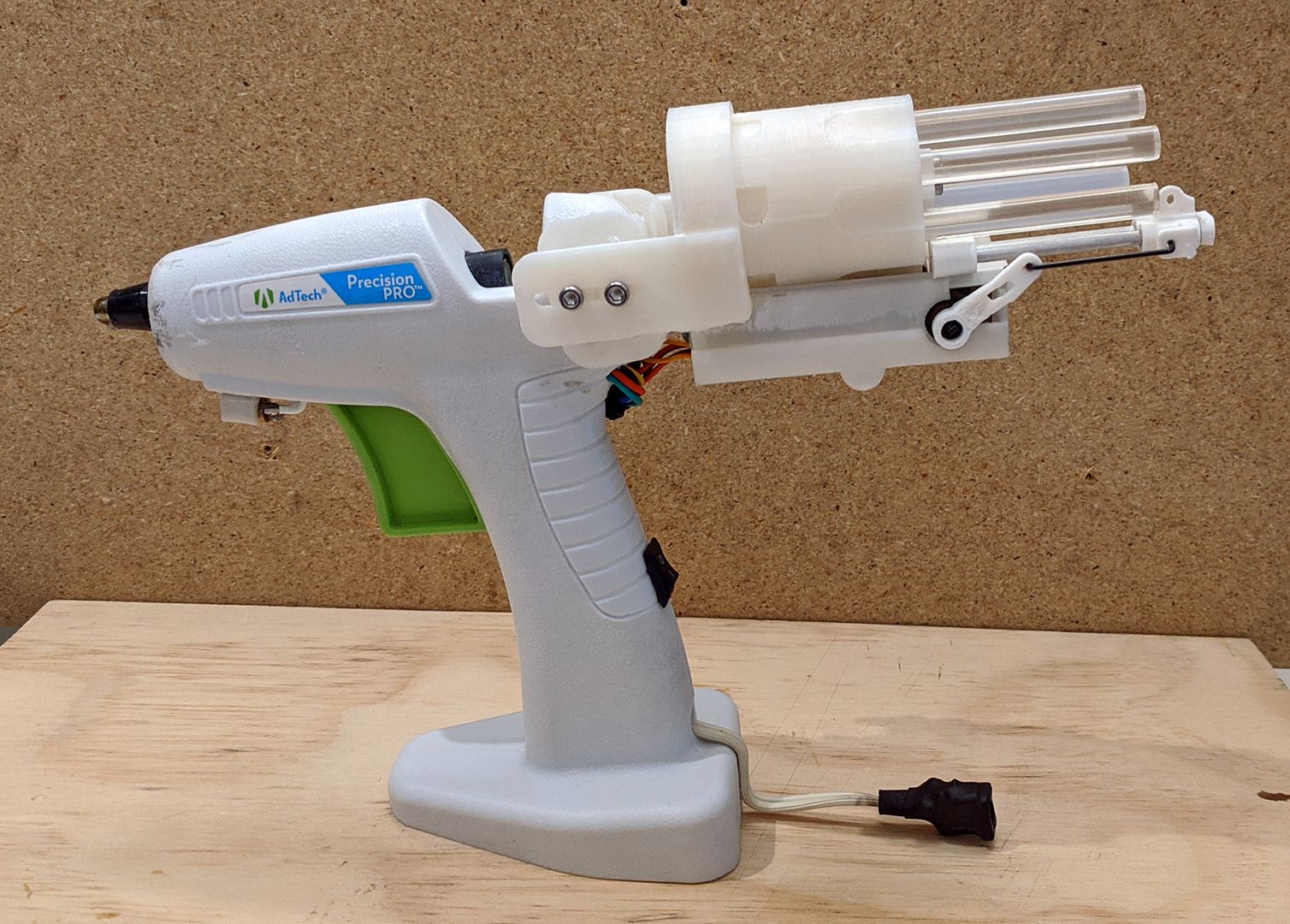 They say that the two essential items in any toolbox are WD-40 and duct tape: one thing to make stuff move and another thing to stop stuff from moving. Many hackers would argue that the third essential tool should be hot glue — it stops stuff from moving, but still allows you to move it later if you decide that’s better after all. It also works on loads of stuff ranging from macaroni to microcontrollers. And let’s be honest: who hasn’t done the “pew pew” thing with their glue gun?

[Vije Miller] decided to give his hot glue dispenser a bit of a western vibe and built himself a Glue Gun Six Shooter. Like an Old West revolver, it has a rotating cylinder with six rounds of ammunition that lets you continue gluing right away even if your glue stick runs out in the middle of a job. A tiny switch on the side of the barrel starts the reloading sequence: one servo rotates the cylinder, then another one chambers a round. Both are controlled by an Arduino Nano, which is powered by a 5 V USB power supply hidden in the grip.

A red laser below the barrel gives the user a better aim, as well as a bit more “pew pew” ability. The rest of the gun is pretty standard, similar to what we’ve seen before in a teardown. If you’re looking for something more high-tech, check out [Ben Heck]’s ultimate glue gun.

Thanks for the tip, [Fiona Grutza]!