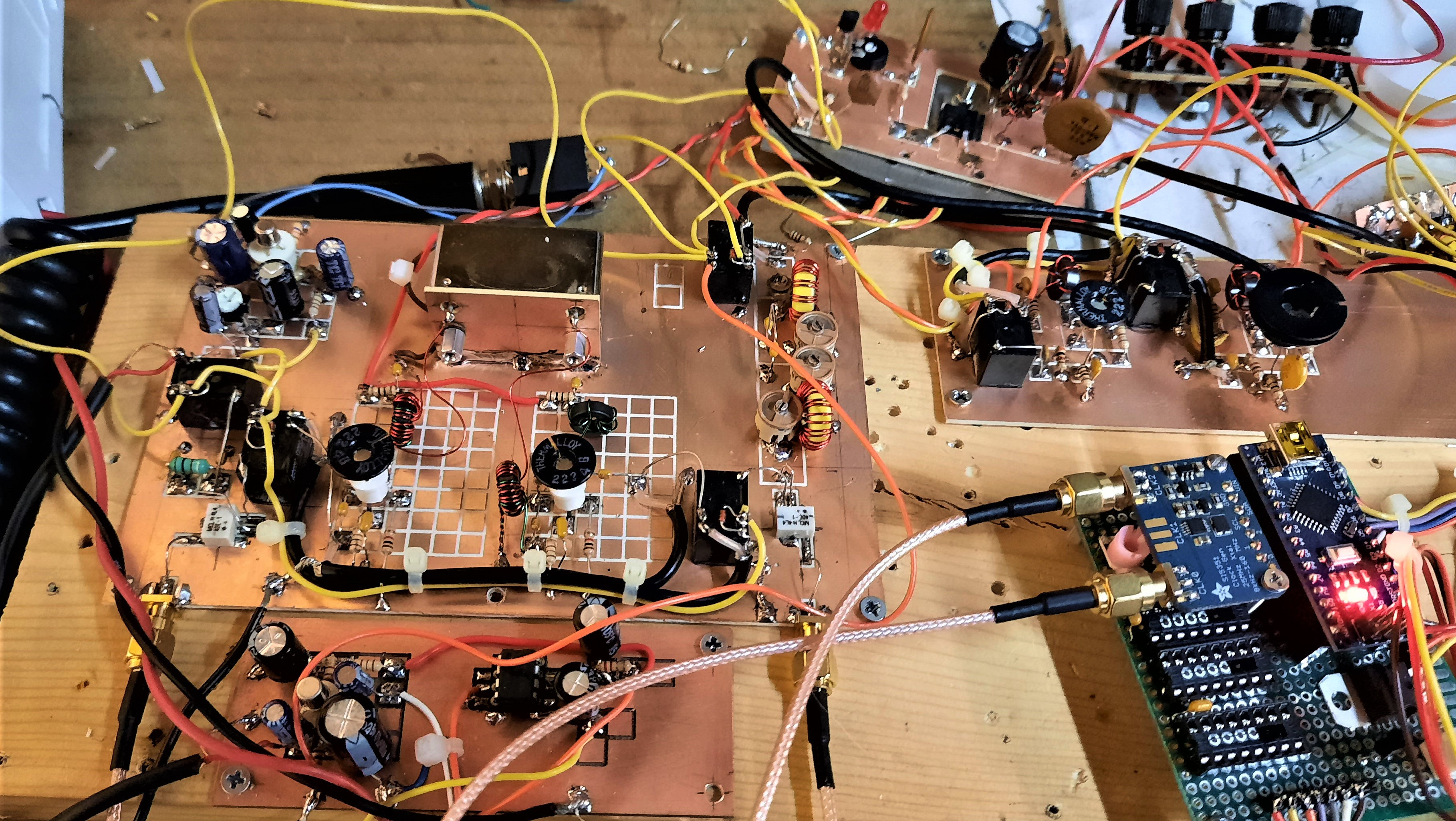 When [Pete Juliano] sat down to design a sideband transceiver for the 20 Meter (14 MHz) ham radio band, he eschewed the popular circuits that make up so many designs. He forged ahead, building a novel design that he calls Pete’s Simple Seven SSB Transceiver, or PSSST for short.

What makes the PSSST so simple is not only its construction, but the low component count. The same circuit using four 2N2222A’s is used on both transmit and receive. On transmit, an extra three components step in to amplify the microphone input and build output power, which is 2.5-4 Watts, depending on the final output transistor used. The best part is that all of the transistors can be had for under $10 USD! [Pete] shows where radio components such as the RF mixers and the crystal filter can be purchased, saving a new constructor a lot of headaches. The VFO and IF frequencies are both provided by the venerable si5351a with an Arduino at the helm.

Many simple transceivers are designed to demonstrate a minimum viable radio, with performance not really a goal. On the other hand, the PSSST was modeled stage-by-stage in LTSpice, ensuring great transmit audio and nice receiver performance. Be sure to check out the demonstration below the break!

[Pete] has painstakingly documented the entire project on his website, and the code for the VFO is available by request via email. We appreciate this contribution to the homebrew ham radio community, and we’re sure this will provide many nights of solder smoking enjoyment for radio amateurs around the world.