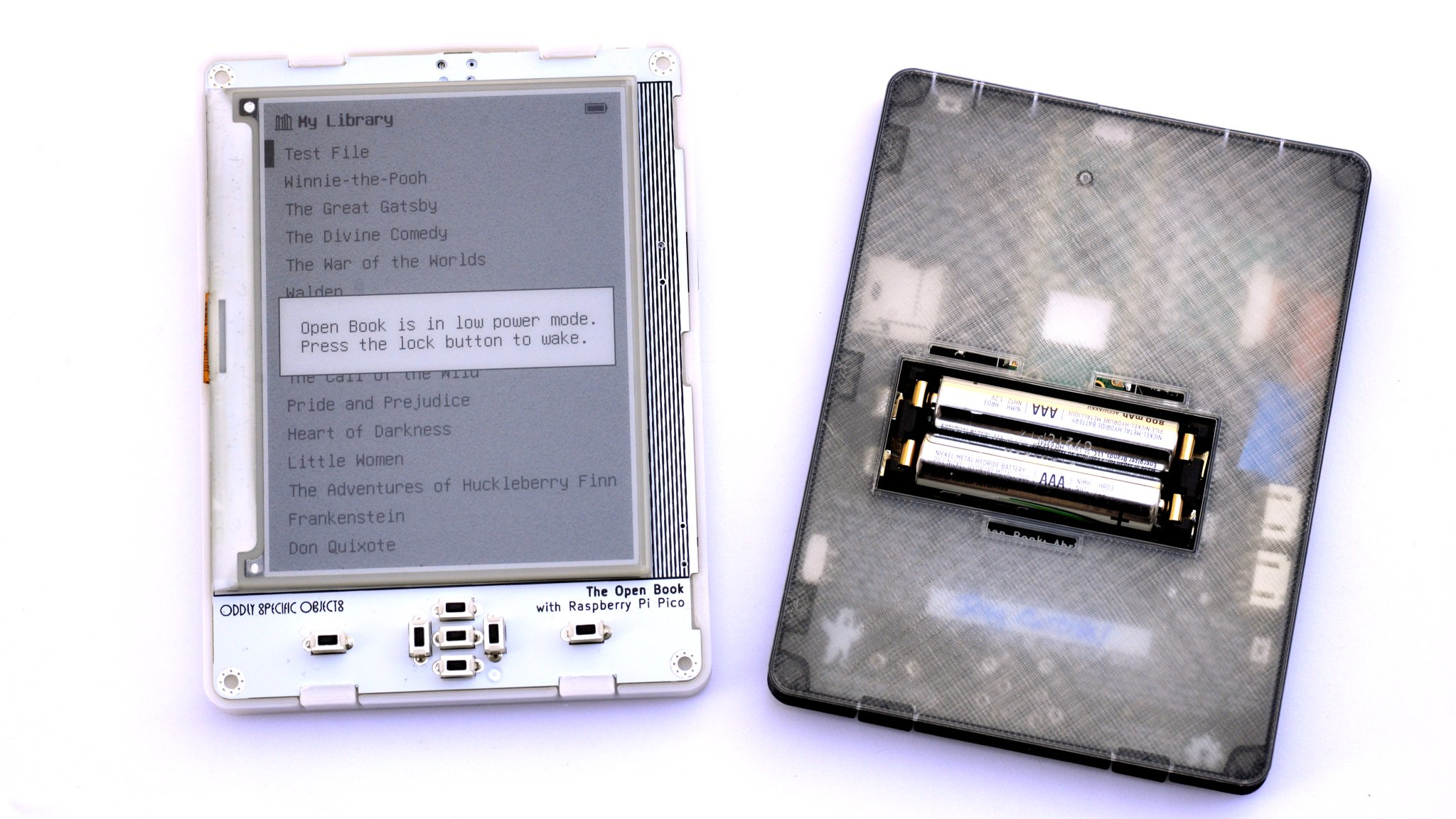 If you ever looked for open-source e-readers, you’ve no doubt seen [Joey Castillo]’s Open Book reader, but you might not yet have seen the Abridged version he’s building around a Raspberry Pi Pico.

The Open Book project pairs a 4.2″ E-Ink screen with microprocessors we all know and love, building a hacker-friendly e-reader platform. Two years ago, this project won first place in our Adafruit Feather contest — the Feather footprint making the Open Book compatible with a wide range of MCUs, giving hackers choice on which CPU their hackable e-reader would run. Now, it’s time for a RP2040-based reboot.

This project is designed so that you can assemble it on your own after sourcing parts and PCBs. To help you in the process, the PCB itself resembles a book page – on the silkscreen, there is explanations of what each component is for, as well as information that would be useful for you while hacking on it, conveying the hardware backstory to the hacker about to dive into assembly with a soldering iron in hand. There’s simple but quite functional software to accompany this hardware, too – and, as fully open-source devices go, any missing features can be added.

Joey has recorded a 30-minute video of the Pi Pico version for us, assembling and testing the newly ordered boards, then showing the software successfully booting and operational. The Pi Pico-based revision has been greatly simplified, with a number of self-assembly aspects improved compared to previous versions – the whole process really does take less than half an hour, and he gets it done with a pretty basic soldering iron, too!

If you’re looking for updates on this revision as development goes on, following [Joey] on Twitter is your best bet. He’s no stranger to making devices around us more free and then sharing the secret sauce with all of us! During the 2021 Remoticon he showed off a drop-in replacement mainboard for the Casio F-91W wristwatch, and told us all about reverse-engineering its controller-less segment LCD — worth a listen for any hacker who’s ever wanted to bend these LCDs to their will.

UPDATE: that could not have gone better. Assembled and fully functional in 30 minutes flat, including the automatic flashing of the language chip at first boot (which took all of 60 seconds). Full video at the link! https://t.co/J9vXF2HYwA pic.twitter.com/z9TsVPcBix