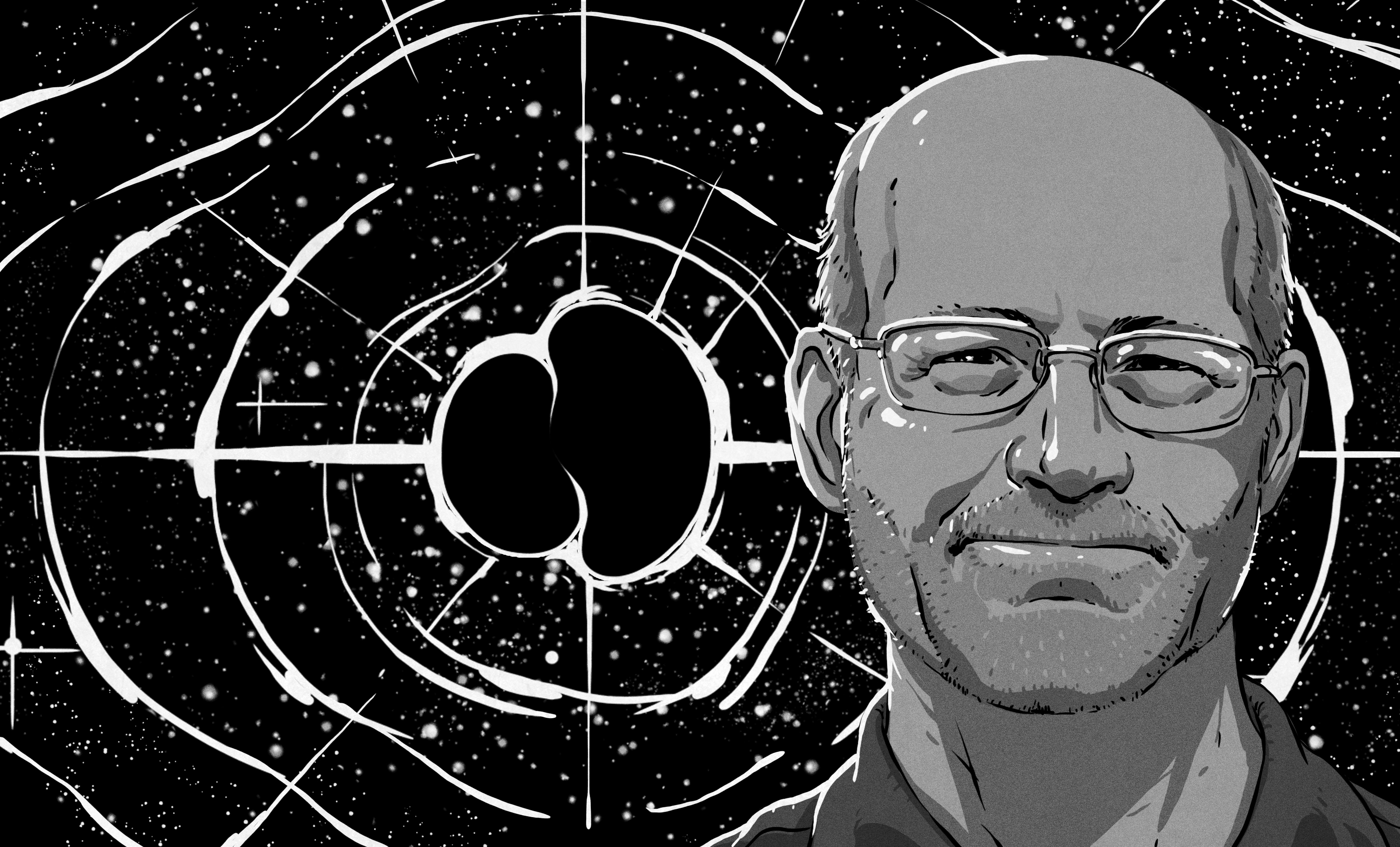 The Laser Interferometer Gravitational-Wave Observatory (LIGO) is a huge installation measured in kilometers that is listening for wrinkles in space-time. Pulling this off is a true story of hardware and software hacking, and we were lucky to have Dr. Keith Thorne dive into those details with his newly published “Extreme Instruments for Extreme Astrophysics” keynote from the 2021 Hackaday Remoticon.

Gravity causes space-time to stretch — think back to the diagrams you’ve seen of a massive orb (a star or planet) sitting on a plane with grid lines drawn on it, the fabric of that plane being stretch downward from the mass of the orb. If you have two massive entities like black holes orbiting each other, they give off gravitational waves. When they collide and merge, they create a brief but very strong train of waves. Evidence of these events are what LIGO is looking for.

Rai Weiss had the idea to look for gravitational waves using laser interferometers in about 1967, but the available laser technology was too new to accomplish the feat. In an interferometer, a laser is shot through a beam splitter and one beam reflects out and back over a distance, and is then recombined with the other half using a photodetector to measure the intensity of light. As the distance in the long leg changes, the relative phase of the lasers shift, and the power detected will vary.

LIGO is not your desktop interferometer. It uses a 5 kW laser input. The 4 km legs of the interferometer bounce the light back and forth 1,000 times for an effective 4,000 km travel distance. These legs are kept under extreme vacuum and the mirrors are held exceptionally still. It’s worth it; the instrument can measure at a precision of 1/10,000 the diameter of a proton!

The Hacks That Make LIGO Possible

Keith says “There’s no ACME Interferometer Company you can order things from”. This is something that’s often overlooked: doing hard science usually means bringing new instruments into existence. While the topic of laser interferometery existed long before LIGO began, the precision of it has never before been seen in anything humans have built.

The team is using off-the-shelf computers, but traditional operating systems lack the real-time access needed for quickly reading the photodetector values. The hack was to leverage multicore CPUs but dedicate a single core to making the readings. This was done via custom work with the Linux kernel.

Once you have a system like this, innumerable researchers will want to use it to conduct their own research. The team knew that many of these scientists were already using MATLAB. The LIGO user-interface hack was to write a MATLAB Simulink plugin that configures the system. Now researchers can use that graphical interface to control the hardware directly during their time on the machine.

Much troubleshooting was done to eliminate noise from the electronic control systems. One neat detail was that they utilized a dual-tone oscillator setup (960 Hz and 961 Hz) to produce a 1-pulse-per-second timing system. But there are further juicy details like needing to remove LED status lights near the digitizer as they were injecting interference when they blinked.

The mechanical engineering hacks are pretty bonkers. The laser beam is so powerful, that a physical barrier is necessary to protect from it burning through delicate equipment. They built a high-speed physical shutter that can slam into place in the beam path and make sure you don’t fry your equipment.

An Inside Look at Absolutely Incredible Equipment

We’re so thankful to Keith for presenting this talk at Remoticon. LIGO is at the cutting edge of astrophysics, and even the geekiest of us only have a rudimentary knowledge of the work being done. His thoughtful presentation embedded below is a pleasure to watch, and we hope it helps us open our eyes to all of the interesting work, and tremendously clever hacks, that go on every day in the name of science.