It’s Doom, This Time On A Bluetooth LE Dongle 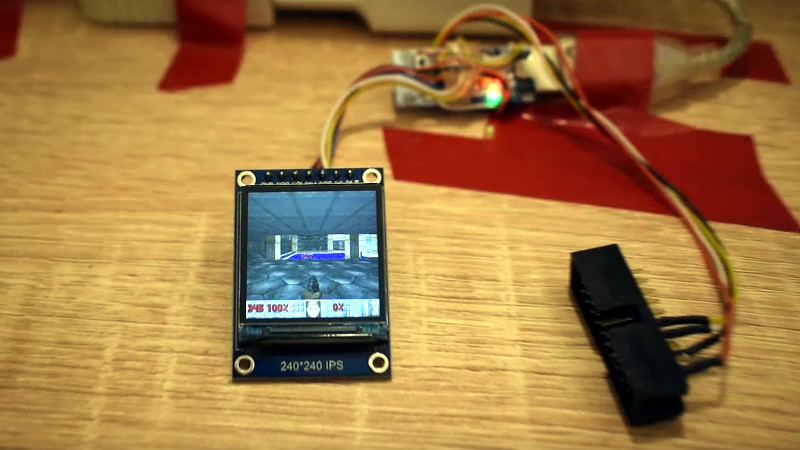 By now most readers should be used to the phenomenon of taking almost any microcontroller and coaxing it to run a port of the 1990s grand-daddy of all first-person shooters, id Software’s Doom. It’s been done on a wide array of devices, sometimes only having enough power for a demo mode but more often able to offer the full experience. Latest to the slipgate in this festival of pixelated gore is [Nicola Wrachien], who’s achieved the feat using an nRF52840-based USB Bluetooth LE dongle.

Full details can be found on his website, where the process of initial development using an Adafruit CLUE board is detailed. A 16MB FLASH chip is used for WAD storage, and an SPI colour display takes us straight to that cursed base on Phobos. The target board lacks enough I/O brought out for connection to screen and FLASH, so some trickery with 7400 logic is required to free up enough for the task. Controls are implemented via a wireless gamepad using an nRFS1822 board, complete with streamed audio to a PWM output.

The result can be seen in the video below the break, which shows a very playable game of both Doom and Doom 2 that would not have disgraced many machines of the era. This was prototyped on an Adafruit Clue board, and that could be the handheld console you’ve been looking for!