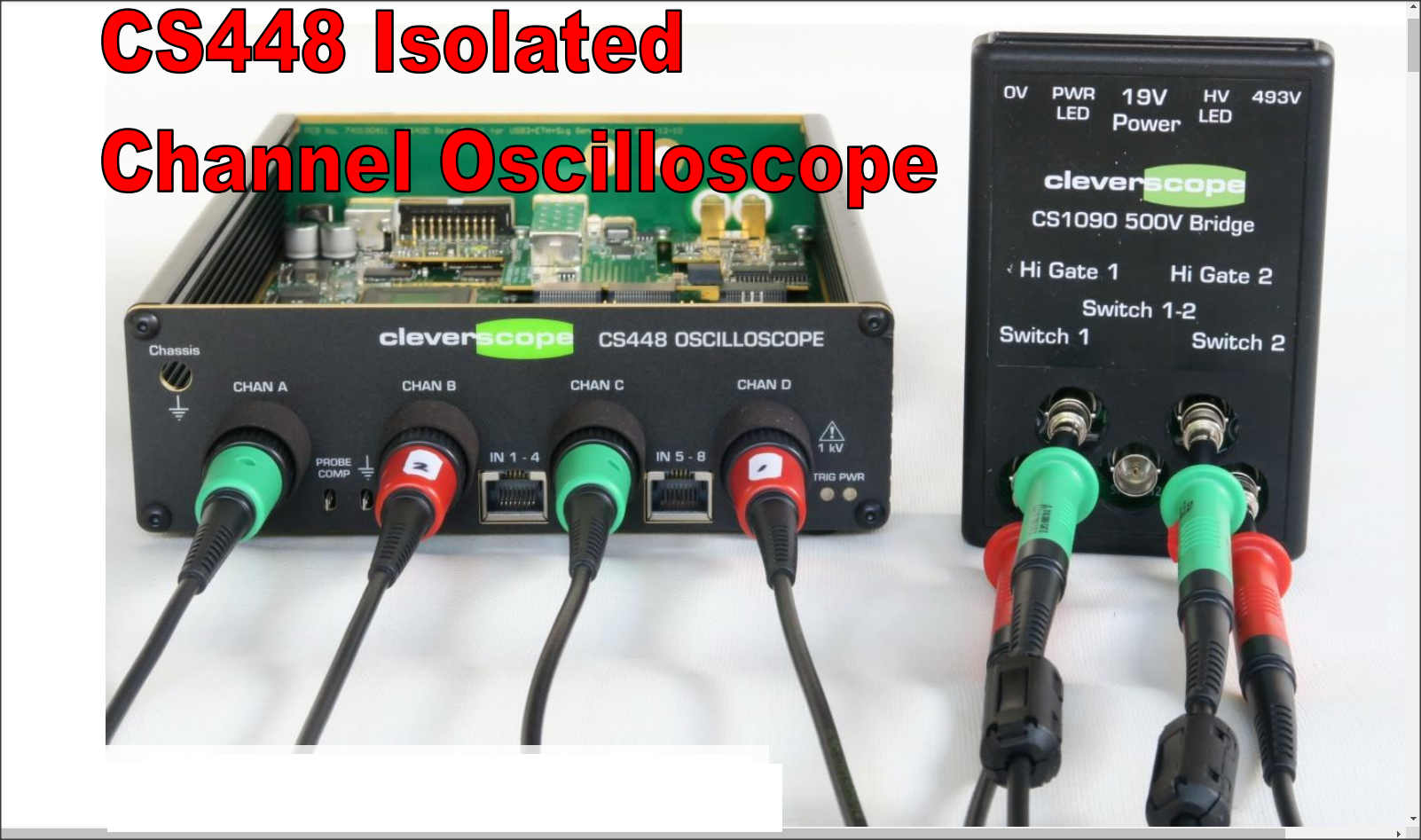 [Bart Schroder] was busy designing high voltage variable speed motor drives and was lamenting the inability of a standard scope to visualise the waveforms around the switch transistors. This is due to the three phase nature of such motors being driven with three current waveforms, out of phase with each other by 120 degrees, where current flows between each pair of winding taps, without being referenced to a common notion of ground. The average scope on your bench however, definitely is ground-referenced, so visualising such waveforms is a bit of a faff. Then there’s the fact that the motors run at many hundreds of volts, and the prospect of probing that with your precious bench instrument is a little nerve-wracking to say the least. The solution to the issue was obvious, build your own isolated high voltage oscilloscope, and here is the Cleverscope CS448 development journey for your viewing pleasure.

The scope itself is specification-wise nothing too flash, it’s the isolated channels that make it special. It does however have some niceties such as an extra eight 100 Mbps digital inputs and a handy 65 MHz signal generator. Also, don’t reach for your wallets just yet, as this is a specialised instrument with an even smaller potential user base than a normal scope, so these units are rather pricey. That all said, it’s not the existence of the scope that is the focus here, it’s the journey from problem to solution that interests us the most. There is much to learn from [Bart’s] journey, for example, where to place the frontend ADC? Isolated side or not? The noise floor of the signal chain dictated the former.

The real trouble with building a multichannel isolated instrument of this nature lies in the isolation from the frontend to the common backend. The frontend needs power, so this is fed-forward via a beautifully designed bifilar wound toroidal transformer, which is a whole story in itself. The data are sucked out of the ADC via a pair of 4.375 Gbps compressed serial lanes, according to JESD204B, using custom made fibre-optic link modules. [Bart] illustrates numerous problems along the way, just to illustrate that building something like this doesn’t always work the first way you try. Clever(scope) stuff indeed

Need a high current probe as well? we’ve got you covered, and since we’re on the subject of isolation, how’s about an isolated USB serial board to keep your laptop safe?