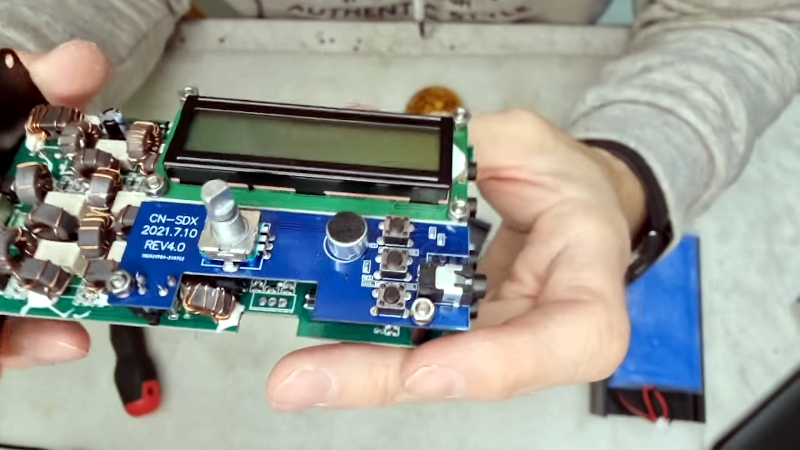 Talking about this Chinese ham radio transceiver requires a veritable flurry of acronyms: HF, SSB, QRP, and SDR to start with. [Paul] does a nice job of unboxing the rig and checking it out. The radio is a clone of a German project and provides a low-power radio with a rechargeable battery. You can see his video about the gear below.

SSB is an odd choice for low power operation, although we wonder if you couldn’t feed digital data in using a mode like PSK31 that has good performance at low power. There are several variations of the radio available and they cost generally less than $200 — sometimes quite a bit less.

There isn’t much on the front of the radio. There are a few buttons, a rotary encoder, and an LCD along with a speaker and microphone built-in. There are ports for power to run the radio if you want to not use the battery and a separate port for battery charging. There are also ports for a key, external microphone and speakers, and audio connections that look like they’d work for digital modes. According to commenters, the radio doesn’t have an internal charging circuit, so you have to be careful what you plug into the charging port.

Looking inside, the radio looks surprisingly well made. Towards the end of the video, you can see the radio make some contacts, too. Looks like fun. This is a bit pricey for [Dan Maloney’s] $50 Ham series, but not by much. You might borrow an antenna idea from him, at least. If you prefer something more analog, grab seven transistors and build this SSB transceiver.