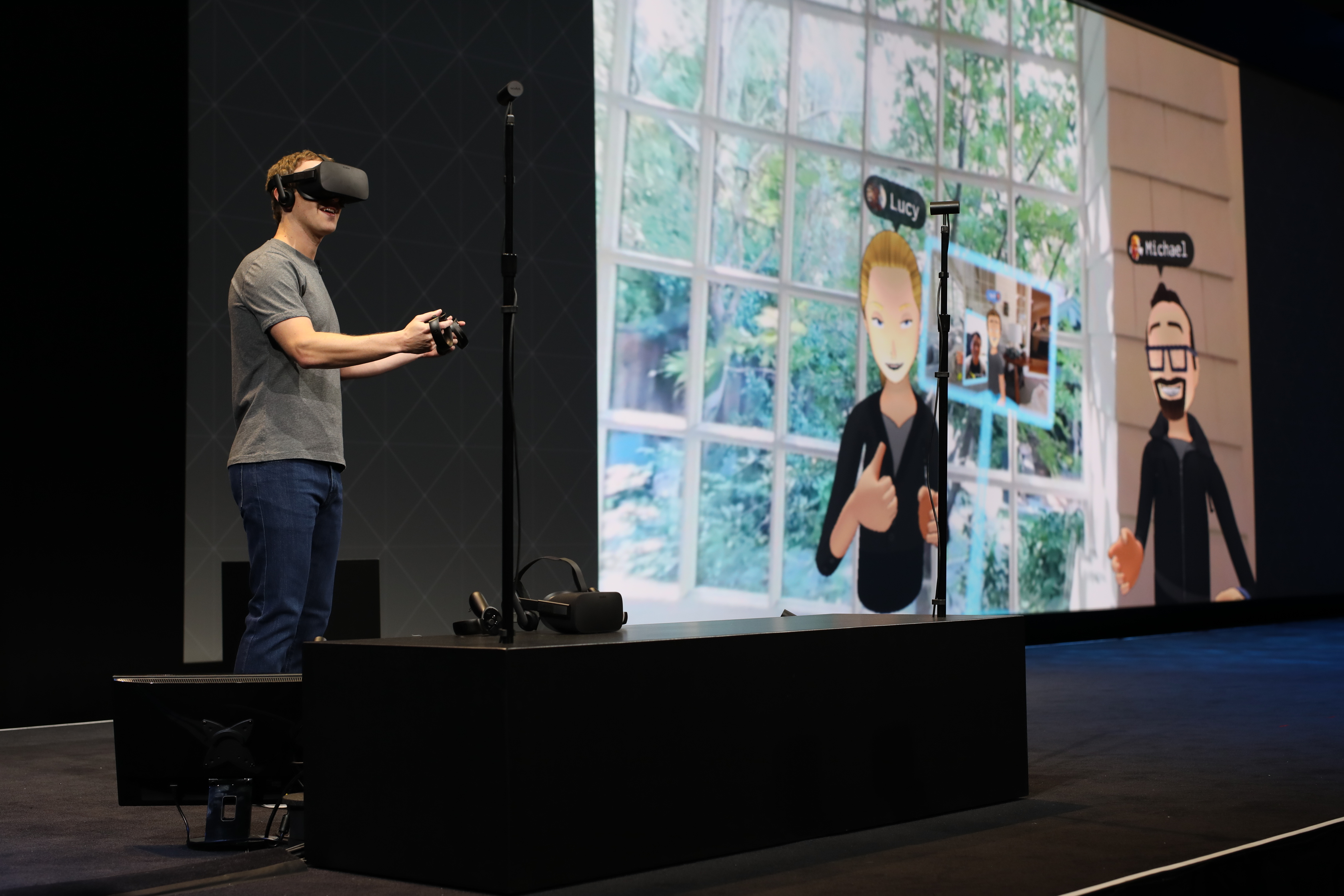 Facebook also announced plans to break off its Facebook Reality Labs unit into a separately reporting unit, and said heavy investment in that segment will reduce 2021 operating profit by a hefty $10 billion. Non-advertising revenue, likely mostly its Oculus Quest virtual-reality headsets, nearly tripled year-over-year, to $734 million, though it warned that could slow in the fourth quarter.

Facebook also updated its guidance for fourth-quarter revenue to $31.5 billion to $34 billion, lower than analysts’ estimates, citing “significant uncertainty we face in the fourth quarter in light of continued headwinds from Apple’s iOS 14 changes, and macroeconomic and COVID-related factors.”

“We expect we’ll be able to navigate these headwinds over time with the investments we’ve been making,” Chief Executive Mark Zuckerberg (pictured) said on the earnings conference call. He also doubled down on his pushback against what he called a “coordinated effort to selectively leak documents to paint a false picture of our company.”

The company also announced it will repurchase an additional $50 billion in stock as part of its ongoing buyback program, which may have helped mollify skittish investors.

Facebook’s stock rose about 2% in after-hours trading after closing up 1.3% in regular trading, to $328.69 a share. Before today, it was down about 15% from record highs in September.

The company’s stock had already gotten hit last Friday after Snap Inc. reported disappointing earnings and blamed it on Apple Inc.’s changes to its privacy policy for iOS, which now requires apps to ask iPhone users if they want to be tracked. That information has been critical to supporting data-driven advertising by Snap, Facebook and many others, but it’s likely many people won’t opt in to data sharing.

Facebook had warned of the impact of the iOS changes last quarter, saying it expected a bigger impact in this quarter than the last one. That said, it appears the impact wasn’t major.

“Social media has become an essential part of consumers’ lives and brands know they need to be active on platforms like Facebook, Instagram and WhatsApp to maintain and nurture their relationships with consumers,” Yuval Ben-Itzhak, chief of strategy at customer experience platform Emplifi, told SiliconANGLE.

In any case, Facebook’s own earnings are surely the least of its concerns lately, and this week as well. In recent weeks it has endured a withering fusillade of criticism based on documents from a former Facebook employee and now whistleblower, and much more just arrived today. “Facebook has had a horrible quarter in the news, with heavy pressure on it following Frances Haugen’s revelations,” noted Martin Garner, chief operating officer at CCS Insight.

In addition, those documents reveal that Facebook executives are acutely worried about a fall in the number of teens, who have flocked instead to newer social networks such as TikTok. Investors are keenly focused on slowing growth in Facebook’s monthly active users, which rose only 6%, to 2.91 billion worldwide, in the third quarter.

The company said it will begin separate reporting of revenue and operating profit for what it’s calling Family of Apps, which will include Facebook, Instagram, Messenger, WhatsApp and other services, and for Facebook Reality Labs. It also signaled that its investment in the latter won’t come cheap.

“We are dedicating significant resources toward our augmented and virtual reality products and services, which are an important part of our work to develop the next generation of online social experiences,” the company said in prepared remarks. “We expect our investment in Facebook Reality Labs to reduce our overall operating profit in 2021 by approximately $10 billion. We are committed to bringing this long-term vision to life and we expect to increase our investments for the next several years.”

On Oct. 28, the company is hosting its virtual Connect conference, focused on its Oculus virtual reality business, which is widely seen as Zuckerberg’s vision of Facebook’s future. Although VR, or more broadly the “metaverse” as Zuckerberg likes to call the nascent platform is likely viewed by most as something a bit far into the future for Facebook’s business, some astute observers such as The Information Editor in Chief Jessica Lessin note that it’s crucial to the CEO’s attempt to create a platform independent of other tech giants such as Apple Inc. and Google LLC.

“Virtual reality will be a social platform,” Zuckerberg said three months ago. With regard to the metaverse, he added, “we believe this is going to be successor to the mobile internet.” He thinks this will lead to “entirely new experiences and economic opportunities,” adding, “In the long term there’s going to be a large digital economy around this.”

Zuckerberg appears acutely aware that his apps run on those platforms, and with Apple’s recent move, it’s all the more important now. That may be part of the impetus behind reports last week that Facebook might be considering a name change to reflect its broader vision.

But as for the more modest new reporting plan, the impact may not help with how it’s viewed outside the finance world. “As with Alphabet, this will be useful for diversification, but is unlikely to help Facebook rebuild its image,” Garner said.