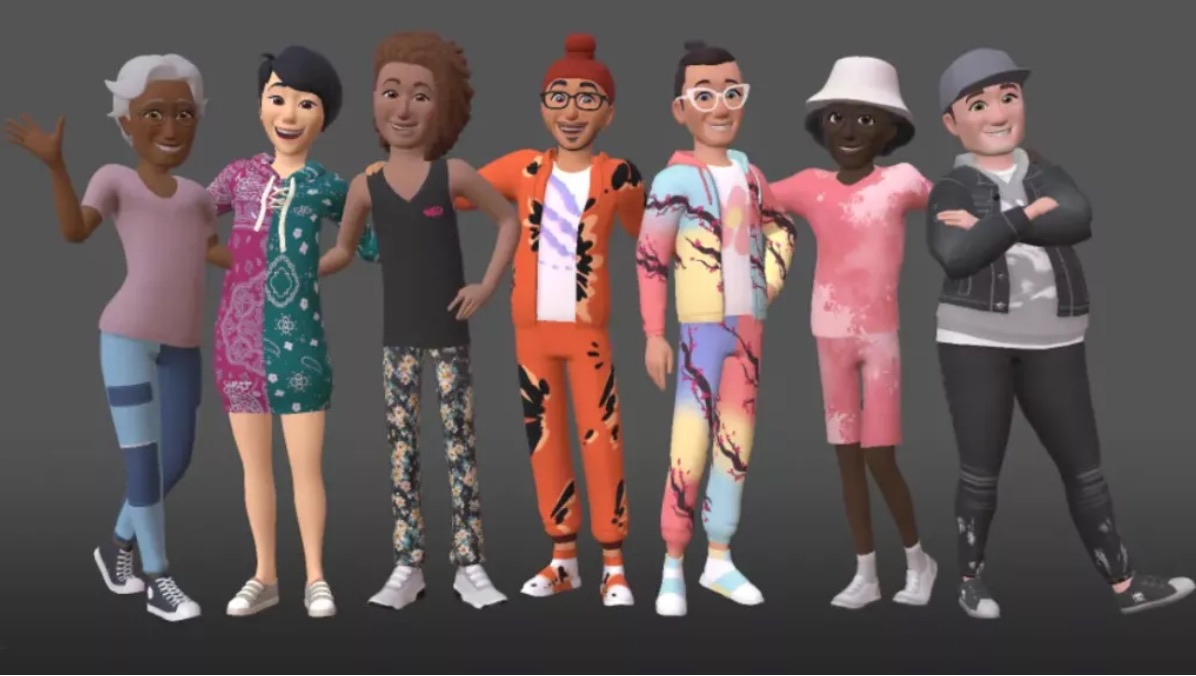 Facebook is making investments to match its vision for the metaverse. Mark Zuckerberg says the next platform and medium will be even more immersive and embodied Internet where you’re in the experience, not just looking at it. The company has been battered by serious problems of its own making, most notably the emergence of a whistleblower who laid bare a variety of ethical sins that have been already well documented. Facebook is capable of defining a vision that shapes markets and puts the competition on the defensive. Facebook is very dangerous right now to its competition.

The world’s most polarizing company just put the metaverse on the map. I’m not referring to Facebook creating an uber brand called Meta. Yes, the new name is important because it puts a stake in the ground. But even more significantly, the newly minted Meta is making investments to match its vision for the metaverse. One of those investments focuses on improving how we work — which companies such as Microsoft are already doing with digital twins in workspaces such as factory floors and supply chains.

A Gut Check on Terminology

The metaverse is an interconnected virtual world where people live, work, and play through digital twins such as avatars. It’s a mirror of the digital world we are living in already.

The metaverse is here already. It’s also where the internet was at the dawn of the 21st Century. We’re treating the metaverse like an exotic creature because someone assigned a name to it. In reality, we’re all building the metaverse whether we know it or not. Whenever any of us uses a digital currency or hangs out on Fortnite, we’re enabling the metaverse.

But the metaverse is disconnected. Meta – and many other companies such as Epic Games and Microsoft – want to host that world and monetize it. The new name signifies that the Facebook social network alone won’t do that. Facebook with its sister brands (as we know them today and will know them tomorrow) just might.

The company is making a commitment to the metaverse at an interesting time. The Facebook brand itself has been battered by serious problems of its own making, most notably the emergence of a whistleblower who has laid bare a variety of ethical sins that have been already well documented. Facebook is like a wounded bear. As we know, a bear is most dangerous when it’s been wounded or cornered. Facebook is very dangerous right now to its competition.

On his best days, CEO Mark Zuckerberg has always been capable of defining a vision that shapes markets and puts the competition on the defensive. In recent quarterly earnings announcements, news media interviews, and at the annual Facebook Connect event, Zuckerberg is defining a compelling vision for the metaverse now as its umbrella company, Meta.

“We’ve gone from desktop to web to phones from text to photos to video, but this isn’t the end of the line,” he said at Facebook Connect. “The next platform and medium will be even more immersive and embodied Internet where you’re in the experience, not just looking at it, and we call this the metaverse.” In a recent call with investors, he explained his vision more fully:

So what is the metaverse? It’s a virtual environment. We can be present with people in digital spaces. And you can kind of think about this is an embodied Internet that you’re inside of rather than just looking at. And we believe that this is going to be the successor to the mobile Internet. You’re going to be able to access the metaverse from all different devices and different levels of fidelity from apps on phones and PCs to immersive virtual and augmented reality devices.

Within the metaverse, you can build a hang out, play games with friends, work, create and more. You’re basically going to be able to do everything that you can on the Internet today, as well as some things that don’t make sense on the Internet today like dancing. The defining quality of the metaverse is presence, which is this feeling that you’re really there with another person or in another place. Creation, avatars and digital objects are going to be central to how we express ourselves and this is going to lead to entirely new experiences and economic opportunities. I think that, overall, this is one of the most exciting projects that we’re going to get to work on in our lifetime. But it could take a lot of work and no one company is going to be able to build this all by themselves. Part of what I’ve learned over the last five years is that we can’t just focus on building great experiences. We also need to make sure that we’re helping to build ecosystem so millions of other people can participate in the upside and opportunity of what we’re all creating. They’re going to need to be new protocols and standards, new devices, new chips, new software from rendering engines to payment systems and everything in between.

In his seminal essay on the metaverse, Venture Capitalist Matthew Ball added something that Zuckerberg did not: the metaverse is a fully functional economy where “individuals and businesses will be able to create, own, invest, sell, and be rewarded for an incredibly wide range of “work” that produces “value” that is recognized by others.” It’s an important point. Meta is not interested in the metaverse for fun. Meta knows there is economic value in the metaverse, and the company intends to benefit.

The Facebook arm of Meta has invested $10 billion into the metaverse in 2021. Those investments include:

Horizon Workrooms is most intriguing to me. Horizon Workrooms promises to make meeting and collaboration more fun and creative. As such, Horizon Workroom shifts the conversation about the metaverse away from gaming and toward solving business problems such as managing a remote workplace. As Facebook notes, “Workrooms is a mixed reality experience, letting you bring your physical desk and compatible tracked keyboard into the virtual room with you, where you can see them sitting on the virtual meeting table in front of you.” Among other features, Workrooms offers infinite whiteboard space so that your avatars can sketch things out together in real time. Here, we see the metaverse offering an experience that improves on the one we’re getting after slogging our way through months of Zoom and Teams calls, where collaboration means squinting at someone’s shared screen on a tiny window. I think we’re all ready for something better as we work remotely.

Improving How We Work

Workrooms also suggests an important direction for the metaverse: improving how we work. Facebook is focusing on white-collar environments such as offices. Some businesses are already improving ways of working through the use of digital twins, or virtual representations of real-world places such as factory floors. For example:

Digital twins may be key to tackling the supply chain crisis, according to MIT Technology review:

Digital twins seek to solve breakages in the supply chain by anticipating them before they happen and then using AI to figure out a workaround. The name captures the key idea of simulating a complex system in a computer, creating a kind of twin that mirrors real-world objects—from ports to products—and the processes they are a part of. Simulations have been a part of decision-making in industry for some years, helping people explore different product designs or streamline the layout of a warehouse. But the availability of large amounts of real-time data and computing power means that more complex processes can be simulated for the first time, including the chaos of global supply chains that often rely on numerous vendors and transportation networks.

The MIT Technology Review goes on to say that Amazon uses digital twins, and Google is supply-chain digital twins that the car maker Renault announced it had started using in September.

Digital twins are significant because they help solve complex problems with scenario planning that cannot be tested effectively on real workplace settings.

As these examples show, the metaverse is real. It’s providing value. And it belongs to no one. Meta’s most promising opportunity in the near term is to create a better world where we collaborate remotely through our own digital twins. Other companies are already doing just that.

Create your free account to unlock your custom reading experience.