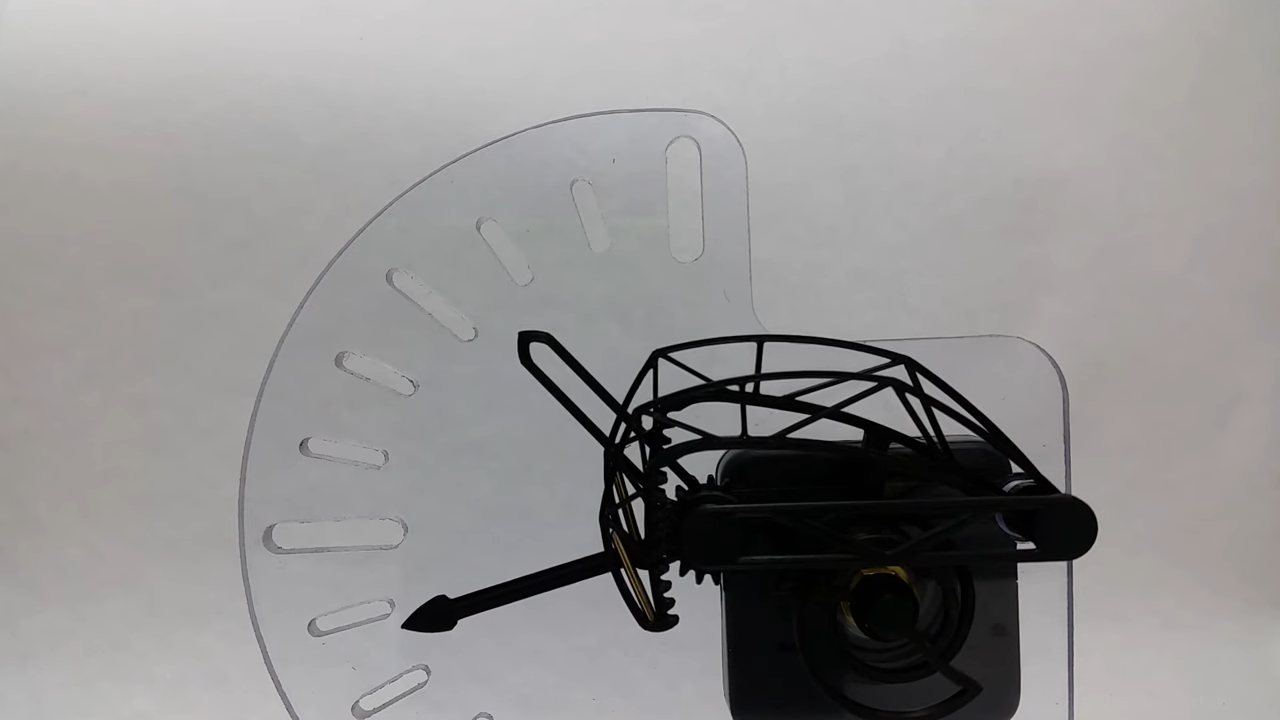 Retrograde clocks are unique, in that they eschew the normal fully-circular movement for the hands. Instead, the hands merely sweep out a segment of a circular arc, before jumping back to their start position to begin again. They’re pretty rare to find, but [Jamie Matthews] decided he had to have one. Thusly, he elected to build his own!

For his build, [Jamie] started with a regular off-the-shelf clock movement you might find in any hobbyist clock build. From there, he affixed his own witches’ brew of racks and gears to the output in order to create the desired semi-circular mechanism. The arcane mechanism enables the clock to tell time over roughly a 180-degree arc.

It’s relatively simple to make one of your own, too. The parts are all readily 3D printable, with [Jamie] reporting it took less than 8 meters of filament to produce the geartrain for his build. You can even print the clock face if you don’t want to CNC cut it out of acrylic.

Overall, it’s a fun look at an often-forgotten part of our horological history. Desktop 3D printing really does enable the creation of some exciting, different clock designs. Video after the break.