Differential Probe Clocks At 100MHz And $200 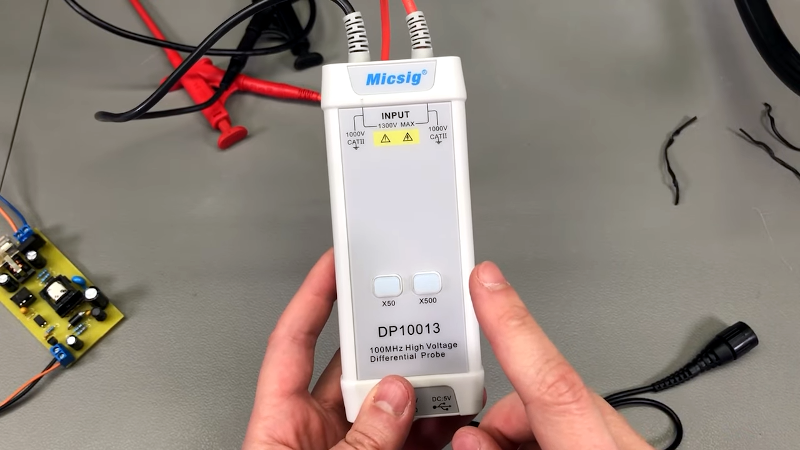 [Voltlog] often looks at interesting test equipment and in the video below he reviews something that isn’t very common in hobby labs: a differential oscilloscope probe. These are usually pretty expensive, but the Micsig probe in the video costs under $200. The question, of course, is what do you need with a differential probe?

A typical scope probe has a ground lead that connects directly to the actual grounding point. This can cause a problem if you try to measure across some component that has more voltage than you want to short to ground. It might hurt your device under test, your scope, or both.

The probe isn’t isolated in the traditional sense, but it does prevent the problem, as he explains in the video. The probe powers from USB, which might seem odd, but [Voltlog] points out that you probably won’t use this often, so batteries that will go bad during the months it sits on the shelf aren’t really a great idea. Makes sense.

Towards the end, you can see the probe in action, measuring signals in a switching power supply that would be difficult to measure with a conventional probe. If you’d rather build your own probe, start with this entry to the Hackaday Prize.  Or, try this older design.