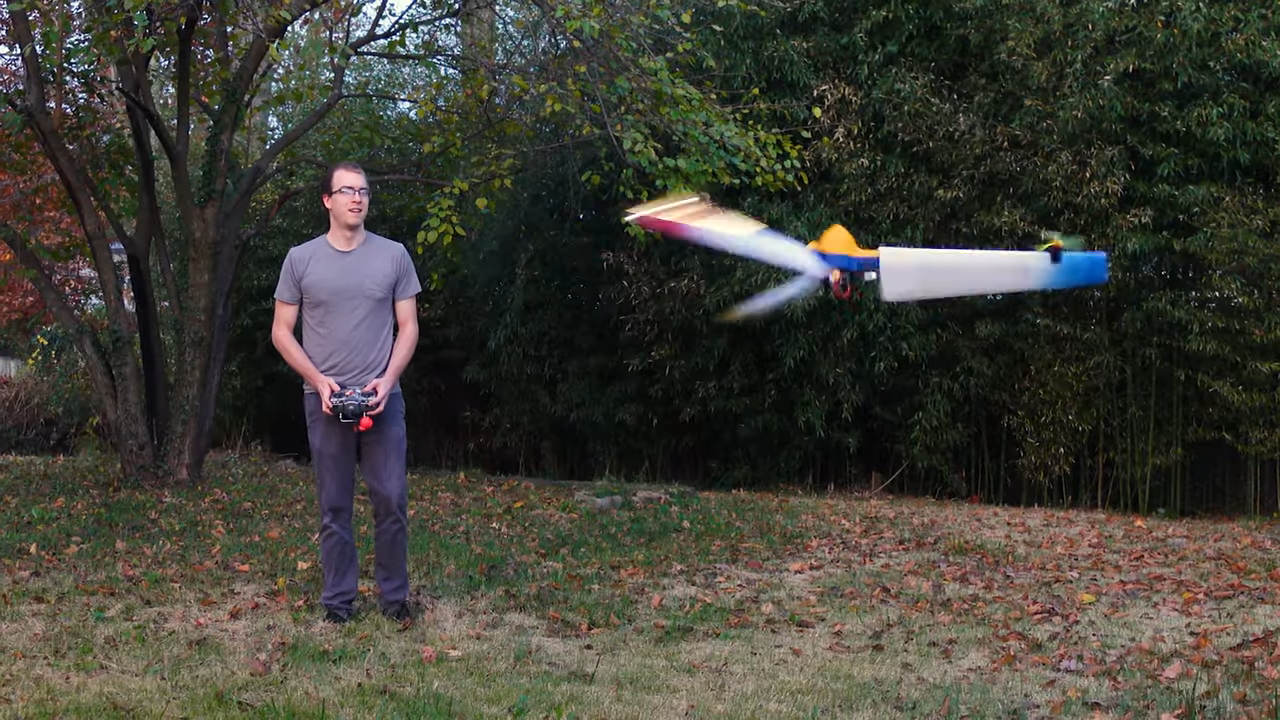 Most multi-rotor aircraft are about as aerodynamic as a brick. Unless all its motors are turning and the control electronics are doing their thing, most UAVs are quickly destined to become UGVs, and generally in spectacular fashion. But by switching up things a bit, it’s possible to make a multi-rotor drone that keeps on flying even without two-thirds of its motors running.

We’ve been keeping a close eye on [Nick Rehm]’s cool spinning drone project, which basically eschews a rigid airframe for a set of three airfoils joined to a central hub. The collective pitch of the blades can be controlled via a servo in the hub, and the whole thing can be made to rotate and provide lift thanks to the thrust of tip-mounted motors and props. We’ve seen [Nick] manage to get this contraption airborne, and hovering is pretty straightforward. The video below covers the next step: getting pitch, roll, and yaw control over the spinning blades of doom.

The problem isn’t trivial. First off, [Nick] had to decide what the front of a spinning aircraft even means. Through the clever uses of LED strips mounted to the airfoils and some POV magic, he was able to visually indicate a reference axis. From there he was able to come up with a scheme to vary the power to each motor as it moves relative to the reference axis, modulating it in either a sine or cosine function to achieve roll and pitch control. This basically imitates the cyclic pitch control of a classic helicopter — a sort of virtual swashplate.

The results of all this are impressive, if a bit terrifying. [Nick] clearly has control of the aircraft even though it’s spinning at 250 RPM, but even cooler is the bit where he kills first one then two motors. It struggles, but it’s still controllable enough for a bumpy but safe landing.