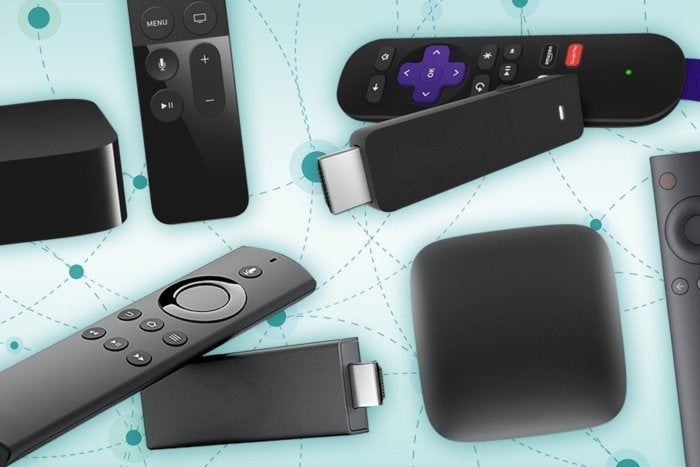 It’s an excellent time to buy a media streaming device, whether you’ve just cut the cable cord or you’re looking to supplement your TV package with an online video service like Netflix, Hulu, or a newcomer like Apple TV+ or Disney+. Compared to the typical smart TV, standalone streamers such as the Amazon Fire TV Stick 4K and the all-new Nvidia Shield TV tend to have bigger app selections, faster performance, and more features. And with so much competition between device makers, the hardware is becoming faster, more capable, and more affordable.

We constantly test all the latest devices, including Roku players, Fire TV devices, Android TV devices, Apple TV, and Chromecast. We review each new generation of hardware and constantly revisit the software and app selection so we can help you determine which platform is right for you. Here are our picks for the best streaming boxes and sticks, along with all of our most current product reviews. Our recommendations will change over time as new products come to market.

Updated October 15, 2021 to add our review of the Roku Streaming Stick 4K. This $50 streaming dongle feels fast and fluid, and it supports 4K HDR video with both Dolby Vision and HDR10+. More importantly, it’s a straightforward streaming device full of helpful features, and its improved Wi-Fi receiver helps it get better reception than previous low-cost Roku players. As such, it’s our new Editors’ Choice for budget-priced 4K HDR streaming devices.

Looking for a simple answer to which 4K streaming player to buy? Here it is. This $50 dongle has all the features that most people will need in a streamer, including a fast and fluid interface, Dolby Vision and HDR10+, strong Wi-Fi performance, a compact design, and AirPlay 2 for casting media from Apple devices. Granted, it lacks some advanced features you’ll find in the pricier Roku Ultra, including Dolby Atmos, a wired ethernet port, and USB media support, while the loftily priced Apple TV 4K adds a bevy of HomeKit features, not to mention a Thread border router. Still, for the money, the Streaming Stick 4K is a superb value.

You might not expect one of the best budget streaming players to come from Walmart, but it’s true. This 4K player runs Android TV, which offers a slick streaming menu, powerful voice search, and the ability to cast video from your phone. It also has a feature-rich remote that lets you flip through live TV channels, switch inputs, and control your A/V gear. Best of all, it only costs $30, undercutting comparable players from Roku, Amazon, and Google itself. Just note that if you need Dolby Vision, Dolby Atmos, or HDR10+, you’ll have to look elsewhere.

If the second-generation Apple TV 4K didn’t cost $179, it would have been our hands-down top pick in this category. It is a fabulous piece of hardware with a feature set that no competitor can come close to, and its aluminum-wrapped remote control is as classy as the competition’s is plasticky. And while our review focuses on its media-streaming abilities, it should also be mentioned that it can also serve as a HomeKit smart-home hub and a Thread border router. Finally, Apple is unique in its efforts to protect its users’ privacy. But you’ll have to pay to play.

Other options to consider

The Apple TV HD is very expensive at $149, even if it does come with the same new remote that ships with the even more expensive Apple TV 4K. This 1080p streamer is a good choice for folks who’ve devoted themselves to the Apple ecosystem—including the Apple TV+ streaming service (you can read our review of Apple TV+ here)—but can’t pull the trigger on the  $179 second-gen Apple TV 4K (or who don’t have a 4K TV to take advantage of it.

Chromecast with Google TV is an intriguing alternative, and it no longer depends on using your smartphone or tablet as a remote control. Best of all, the hardware now incorporates the Android TV operating system that tries hard to incorporate all of your streaming choices into a single comprehensive guide. It doesn’t quite live up to its ambition, but it comes very close.

The Nvidia Shield Android TV is relatively expensive at $149, but a new processor and AI-powered 4K upscaling make it a compelling choice for power users.

The Nvidia Shield Pro version is even pricier at $200, but it can be configured to stream your personal media library to all your other devices; connected to a HDHomeRun networked tuner for use with Plex DVR, letting you record and watch free over-the-air broadcasts; and you can even plug in a USB stick and use the set-top box as a Samsung SmartThings smart home hub.

The Roku Ultra (2020) now supports both Dolby Vision and Dolby Atmos. You can stream music to it via Bluetooth, and it has a faster processor. The company hasn’t taken away any of the Ultra’s best features, including its remote control with a built-in headphone jack for private listening, programmable launch buttons, and voice control. We’re not quite as enthusiastic about Roku’s decision to stick with its approach to surfacing apps, versus surfacing content. Maybe next year?

The Roku Express 4K+ is one of our favorite budget-priced 4K streaming players. It includes a point-anywhere remote with voice, volume, and power controls, plus it includes dual-band 802.11ac for faster connectivity to newer wireless routers. At $40, it undercuts Amazon’s Fire TV Stick 4K and the Chromecast with Google TV by $10 without major compromises. That said, it lacks Dolby Vision HDR support, and there’s no universal guide to help users make sense of all their streaming options.

Sling TV subscribers who are also interested in receiving over-the-air broadcast TV might be interested in looking at the AirTV Player + Adapter, although we found it to be a disappointment.

What to look for in a media streaming device

Still trying to decide between all these options? Here are some additional factors to consider when making your decision, followed by a chart comparing the features of the boxes we’ve mentioned above.

Performance: In general, set-top boxes are faster than streaming sticks, and the amount you spend correlates pretty strongly with the loading speeds and smoothness you’ll get.

Playback quality and resolution: If you have a 4K or 4K HDR television, you’ll probably want a streaming box that takes full advantage of those capabilities. But these days, you won’t find any modern devices that don’t at least support 1080p resolution.

App selection: Traditionally, this has been the most important factor in choosing a streaming device, but over time app selection has started to look pretty similar no matter which device you choose, at least among major streaming services. Our app showdown chart will help you any particular service you’re interested in.

Ecosystem tie-ins: Apple apps and services are only available through Apple TV, while Fire TV devices are the most convenient way to watch Amazon Prime video, and Google’s video and music services are generally best accessed via Chromecast or Android TV. Roku is more of a neutral party, offering apps for Amazon, Google Play Movies & TV, and several other competing video services, but it lacks the sophisticated virtual assistants and smart home controls you’ll get with other platforms.

Content discovery features: Media-streaming devices are starting to evolve beyond a static list of apps. Features like Roku Feed and the Apple TV’s “TV” app help you keep track of new arrivals, while Amazon includes recommendations directly on the Fire TV home screen. Read up on these approaches to decide which one sounds most appealing.

Private listening options: Many devices support Bluetooth headphones for when you don’t want to disturb your spouse or kids. Roku players also support wired headphones through the Roku mobile app, and through the remote control on its pricier set-top boxes.

Remote control features: Some remote controls are loaded with buttons for fast forward, rewind, and other special functions, while others take a more minimalist approach. Some remotes can control your television’s volume, and some include microphones for voice commands. No remote is perfect, however, so take a look at the ones that are included with each box to decide what’s most important to you.

Audio codec support: An increasing number of streaming services are supporting object-based soundtracks, such as Dolby Atmos and DTS:X, which add height cues to surround sound. If your home audio system can also take advantage of it—and even many of today’s soundbars can—you’ll want to hear it.

Connectivity: Do you plan on connecting a USB storage device, ethernet cable, or sound system via an analog or digital optical audio cable? Make sure your streaming box has the appropriate connections. You’ll also want a device with 802.11ac Wi-Fi if you’re worried about bandwidth on an overcrowded home network.