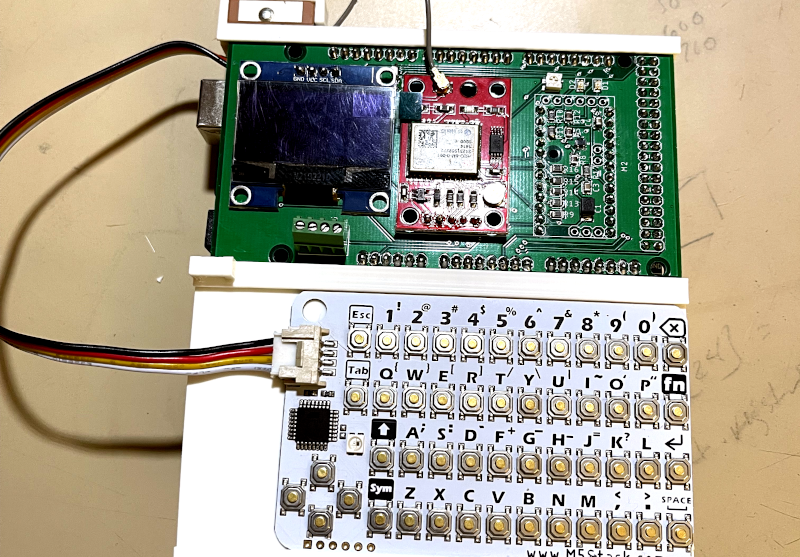 Over on the Spectrum web site, [Dale] — a relatively new ham radio operator — talks about his system for sending text messaging over VHF radios called HamMessenger. Of course, hams send messages all the time using a variety of protocols, but [Dale] wanted a self-contained and portable unit with a keyboard, screen, and a GPS receiver. So he built one. You can find his work on GitHub.

At the heart of the project is MicroAPRS, an Arduino firmware for packet radio. Instead of using a bigger computer, he decided to dedicate another Arduino to do everything but the modem function.

You can probably figure out the rest. A $10 GPS, a battery pack, a charge controller, and a few user interface parts like an OLED screen and a keyboard. In addition, there’s an SD card to store messages.

Of course, we couldn’t help but notice that our cell phone has a keyboard, screen, GPS, and storage. We might have been tempted to work out a way to connect the radio to it by Bluetooth. But we have to admit the little HamMessenger setup is cool-looking and probably lasts longer on a charge than our phone, too.