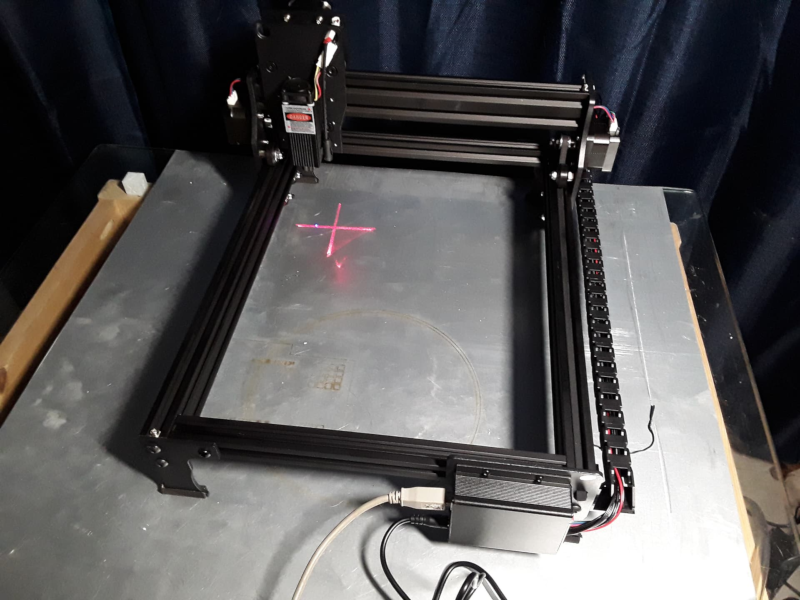 If you are reading the Lightburn forums, you probably already have a laser cutter of some kind.  But, if you are like most of us, you can always be tempted into another “deal.” [Dkj4linux] has a post where he bought a $79 laser engraver  (now selling for between $59 and $65, we noticed). Like most of these cheap engravers, the machine takes a proprietary controller with Windows-only software. No surprise that [Dkj4linux] would want to use…um… Linux. The answer? Rip the board out and replace it with an old spare.

The machine looks well constructed, as you can see in the video below. For that price, you get a 3-watt laser head (that is likely way less than that in terms of optical power), and a build area of 220x290mm. The controller was in a small metal enclosure, and it was easy to simply unplug the two axis and the laser control cable.

This would be a great use for an old 3D printer controller you’ve had in your junk box since the last upgrade. It turns out, the board, a JL1, does have standard GRBL firmware available if you ask for it. It looks as though the firmware isn’t perfect, but there are workarounds. We’d probably just ditch the cheap controller and use one of our own, anyway.

Honestly, calling these cutters is a bit of a stretch since at this power level, you’ll have trouble cutting anything very thick. But it looks like it does a credible job of engraving and it probably can cut some materials with some patience.

Of course, you can also make your own frame, add a few stepper motors and just buy a laser module. Or do a more advanced build. But if you wanted to try a laser without a big investment, something like this could be just the ticket.