2022 Cyberdeck Contest: The Black Beast Will Help You Survive A Robot Apocalypse 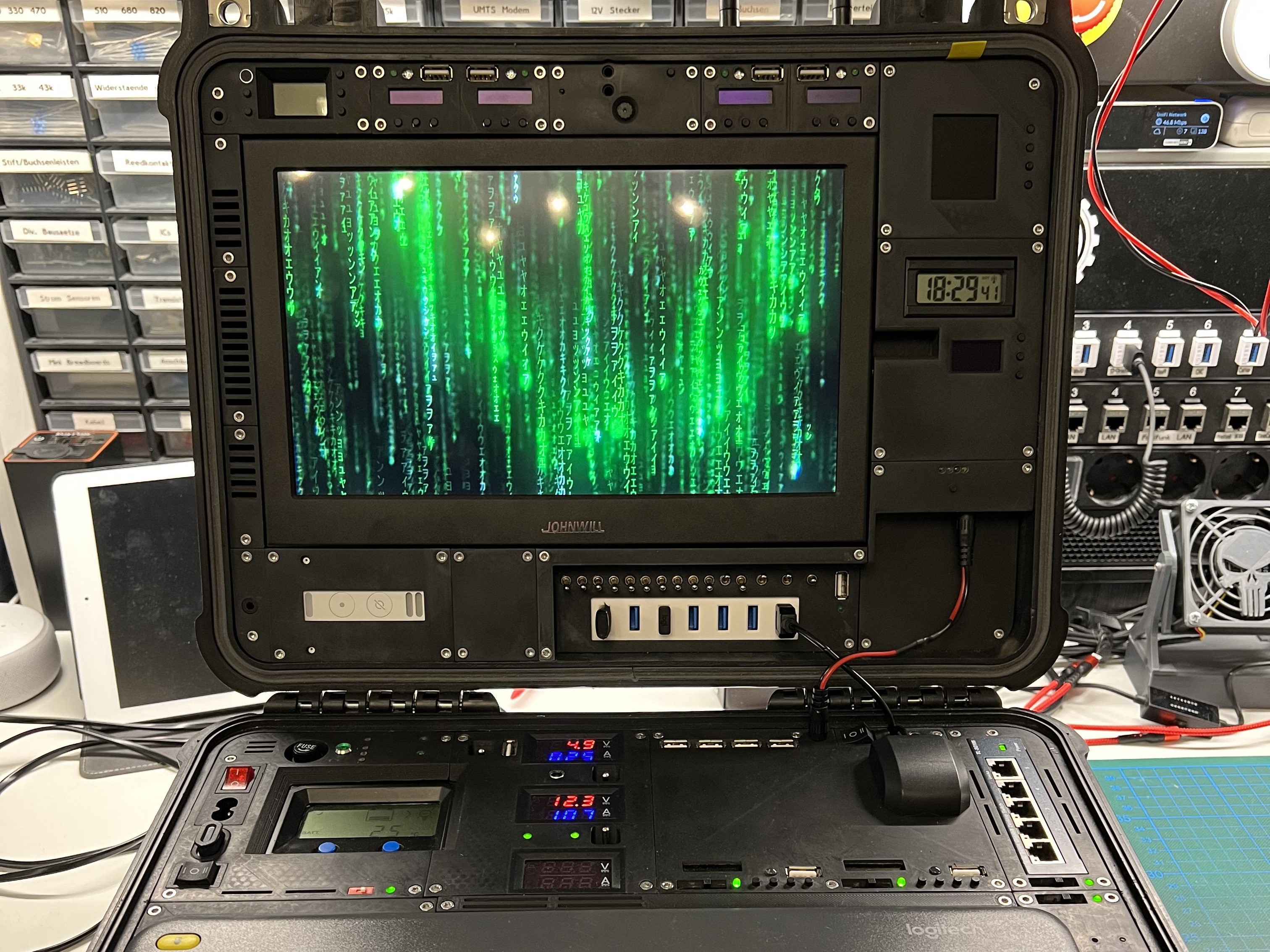 With AI systems getting smarter every day, one might wonder if they might someday evolve into a sentient Skynet-like system and try to take over the world. We’re not sure how close we are to such a situation, but we do know that if the robot apocalypse were to happen, we would want to stay close to [LordOfAllThings], who would likely be carrying the Black Beast. This scary-sounding machine is in essence a Raspberry Pi-based portable computer built inside an outdoor carrying case, with a wide range of unusual peripherals that make it the digital equivalent of a Swiss army knife. In other words, it’s a cyberdeck built for end times — and whatever comes after.

For example, an array of ESP32-based modules plus an SDR module allow you to intercept and analyze hostile robots’ communications, whether they’re using Bluetooth, WiFi, LoRaWAN, or anything in the 433 or 868 MHz ranges. An FM transmitter comes in handy for reaching out to fellow citizens who are trapped with nothing more than an analog radio receiver, while a suite of environmental sensors (including a Geiger counter) should help determine if Skynet has released any harmful substances to flush out those last few pesky humans. (Ed. note: No marigolds in the promised land and all that.)

If you manage to find a wired Ethernet connection somewhere, a built-in five-port gigabit router lets you set up a local network, obviously with a custom network analyzer to detect any unwanted intrusions. A storage compartment contains every kind of cable you could need, as well as useful gadgets like flashlights and, indeed, an actual Swiss army knife.

Naturally, the Black Beast can be run from any power source you might encounter, ranging from various AC mains voltages to the 12~48 V DC found in car batteries and solar panels. A built-in 12 Ah lead-acid battery gives it quite a bit of autonomy as well: a wide range of voltage and current monitors, as well as a clever power distribution system help you to manage power flows throughout the Black Beast.

The main user interfaces connected to the Pi are a 10.1″ full-HD monitor and a Logitech K400 keyboard/touch pad unit. All of the components are built into 3D-printed plug-in modules that neatly fit inside custom slots in the carrying case.

STL files and an extensive component list are available in case you’d like to build your own; apart from apocalyptic scenarios, such a machine would definitely be useful for things like maintenance and debugging of machinery out in the field.

There will be others out there with rugged Raspberry Pi portables: the Militarish Pi for instance, or this waterproof SDR machine. If it’s mainly wireless gremlins that you’re worried about, then the Pwnton Pack might also be useful.